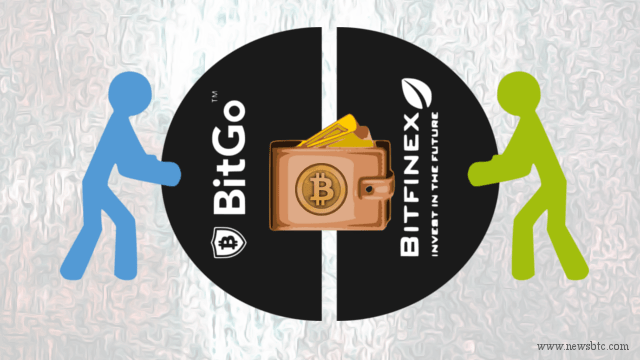 Since Bitfinex lost over $72 million worth of bitcoins in the recent security breach, the focus is now being turned towards its wallet provider as well. BitGo, the Palo Alto-based Bitcoin security firm is responsible for offering Bitcoin wallet services to the affected platform.

While Bitfinex continues to investigate the origin of the hacking attack, disgruntled customers have found BitGo making few changes on its blog to prevent a blowback from the Bitfinex incident. According to reports, the Bitcoin wallet service provider has recently removed one of its blog posts. The post about insurance coverage for BitGo users was allegedly removed by the company after the Bitfinex incident. Those trying to access the link are countered by a 404 “Page not Found” error.

BitGo has maintained that there were no breach or security issues from its side. Similarly, few reports on the internet mention that Bitfinex has let BitGo off the hook by stating that the wallet provider has no role in the recent fiasco. However, a portion of the Bitcoin community feels that both BitGo and Bitfinex should be held liable for the loss of customers’ funds. Being the wallet service provider, BitGo should have to sign all the Bitcoin transactions happening in and out of the platform as well. But the hackers seem to have bypassed the whole setup to get away with close to 120000 bitcoins.

BitGo’s insurance coverage for its users’ bitcoin funds may not be applicable in this case, as the company believes that there were no shortcomings from their part. However, by taking down the post announcing BitGo’s insurance coverage for Bitcoin theft has raised doubts about the company’s commitment to its customers.  Early last year, BitGo partnered with Innovation Insurance Group LLC to offer protection for up to $250000 under its XL policy.

In the announcement, BitGo had claimed that the insurance coverage includes protection from acts, errors or omissions of BitGo technology, processes and employees, including external hacking incidents and employee thefts. Now it is not clear whether Bitfinex wallets are covered under the protection plan or not. Also, as each individual user had his/her own BitGo powered wallet to store bitcoin on Bitfinex, whether they will be treated as individual BitGo service users or not is another question.

Bitfinex, in its update, has stated that the company is currently working on restoring limited account access to its users so that they can verify their funds. However, it will take some more time for Bitfinex to resume deposits, withdrawals and trading on its platform.

Tags: Bitcoin NewsbitfinexbitgoblockchainhackingNewswallet
Tweet123Share196ShareSend
BitStarz Player Lands $2,459,124 Record Win! Could you be next big winner? Win up to $1,000,000 in One Spin at CryptoSlots