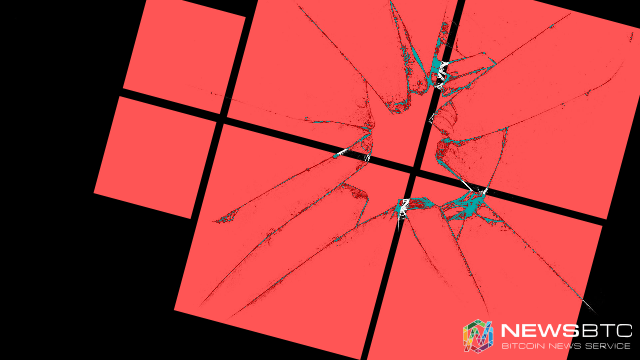 Bitcoin was first introduced by Satoshi Nakamoto when he published a paper about it in 2008. The paper gained a lot of attention as he managed to solve the double spending problem which researchers were attempting to solve for over a decade. Satoshi Nakamoto introduced the concept of a distributed ledger called blockchain to do so. The conceptual bitcoin was made a reality within one year.

Bitcoin was designed to be a digital currency that can be used for making transactions in place of fiat currency. However, bitcoin and the technology behind it has grown bigger than itself. Blockchain technology has outgrown bitcoin and now we have bitcoin companies that are trying to find different uses of bitcoin technology.

There is a phenomenal increase in the use of blockchain technology, especially bitcoin blockchain itself for various applications, but at what cost? No one has stopped to think about it, or have they?

Recently, researchers have concluded that the bitcoin network is not an ideal network and it is impossible for bitcoin to replace fiat in the mainstream economy anytime soon unless drastic improvements are made to bitcoin itself. They estimates that the bitcoin architecture is capable of conducting a maximum of fewer than 30 transactions per minute with an optimal block size of 4 MB. These numbers do not look promising at all! Visa, the well-known worldwide electronic payments network is estimated to process about 2000 transactions every second. It is also believed to have the capacity to handle over 50000 transactions per second.

The additional burden exerted by Bitcoin 2.0 and Bitcoin 3.0 applications further reduce the capacity of the decentralized blockchain network to process bitcoin. We have various other alternatives that can be used instead of bitcoin blockchain, but many startups and even big companies choose to stick to blockchain technology as it is a hot thing in the tech sector right now.

The CEO and founder of CoinKite, Rodolfo Novak seems to have expressed the sentiments rightly in a couple of tweets lately. His tweets read something like –

While people have high hopes for the bitcoin blockchain, it is still not too late to focus resources on developing a better version of bitcoin and the blockchain technology. Something that is more flexible, robust and fast. New companies entering into blockchain technology-based products and services should rather focus on improving the existing bitcoin protocol itself instead of attempting to find new applications of the already overstretched bitcoin blockchain.

Increased VC funding in these areas is making it worse. Late comers to the blockchain rat race, backed by VC money are splurging their funds to create things that may not survive the harsh conditions and tough requirements.

Tags: bitcoinBitcoin 2.0bitcoin 3.0blockchain technologyimpace satoshi nakamotoOpinion
Tweet123Share196ShareSend
Win up to $1,000,000 in One Spin at CryptoSlots