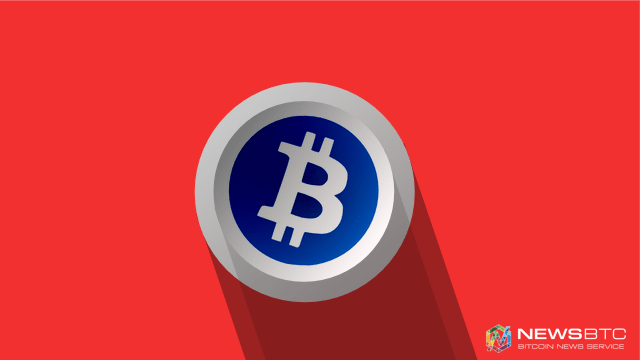 The North American Bitcoin Conference held on 21 and 22 January in Miami saw the release of Bretton Woods 2015 White Paper.

The report, a comprehensive study on the history, currency status and future of Bitcoin and Blockchain technology was released by Joe Colangelo, the Executive Director of Consumer’s Research – the organization that commissioned this study.

Bretton Woods 2015 White Paper, named after the Mount Washington Resort in Bretton Woods, which has a historical significance for being the place where the future course for US Dollar was set in 1945. The report was created with noble intentions, to offer information about the opportunities provided by Bitcoin and blockchain technology, the roadblocks faced by the industry and to offer a brief insight into how the bitcoin industry currently views the digital currency and its underlying technology.

The report closely follows the evolution of Bitcoin from Bitcoin 1.0 till Bitcoin 3.0 with Bitcoin 1.0 being the core intended features of Bitcoin technology used for facilitating and executing transactions and mining.

Bitcoin 2.0 is the application of Bitcoin tech for other FinTech applications involving financial institutions, financial instruments and smart contracts. Bitcoin 3.0 includes emerging applications in sectors other than banking and FinTech. Bitcoin 3.0 includes use of blockchain technology for record management, intellectual and physical property rights management, education, governance etc. In addition, the Bretton Woods 2015 White Paper also covers various aspects relevant to the overall development of all the three versions. Some of the topics include status of development, funding, regulations which have direct influence on the implementation.

For each goal, it also lists opportunities that lies open for Bitcoin and Blockchain technology to address the needs in order to achieve the five goals.

Opportunities (as mentioned in the report)

Along with the opportunities, there are threats as well, which if not addressed can derail the progress. The threats can be condensed to :

Overly burdensome regulations, including strict AML and KYC regulations which are already implemented by the State of New York (BitLicense). Making matters worse is the irreversible nature of bitcoin transactions which is seen by regulators as lack of consumer protection.

The clout of traditional financial institutions and banks which see bitcoin as a threat to their business is a threat by itself to Bitcoin. There is always a possibility of these institutions to lobby against the digital currency to bring in regulations that can hamper growth and innovation in the sector.

Threat of Bitcoin community abandoning the digital currency due to various reasons. The white paper believes that there is a 50-50 chance of it happening. All the above mentioned threats may result in such situation.

The volatility of Bitcoin may turn into its unbecoming. According to the report there is a fair chance of bitcoin volatility, driven by hoarders with vested interests (referred to as whales) who might suddenly liquidate enough bitcoin to crash the currency.

Abuse of Bitcoin technology and currency by bad actors (like in the case of bitcoin and its association with Silk Road which got bitcoin branded as the currency of deep web and criminals) can also be detrimental to the Bitcoin ecosystem.

Bretton Woods 2015 White Paper calls for all the parties, viz. Bitcoin community, governments, private and public institutions and companies to be more receptive. It calls for all the stakeholders to work together instead of working against each other. While the report urges the governments to go easy on Bitcoin and blockchain technology, it also urges the developers, entrepreneurs and Bitcoin community to abide by the existing rules and regulations.

In case there is lack of clarity about any rules and regulations, the concerned parties should take the initiative to discuss about it with the regulators and get a clear understanding. Any announcement clarifying the statutes will help the whole Bitcoin community gain clarity.

According to the report, the only way to counter anti-bitcoin lobby is by developing products and solutions that are far better than what is currently out there. Unless a demand among the public is created, the industry will always be under threat from the established traditional banking and FinTech players. It further clarifies by giving an example of taxi unions and Uber. How Uber has managed to prevail despite of strong opposition mainly due to its impeccable service which is 1000 times better than existing taxi systems. It is the customer who is choosing Uber over other taxis. In order to prevent the collapse of Bitcoin from within, implementation of circuit breaker like failsafes to limit trading, market maker and liquidity pool will prevent “whales” from disrupting the ecosystem.

The report gives an understanding that the most serious threats faced by Bitcoin is at the Bitcoin 1.0 (Blockchain 1.0) level of implementation. These are existential threats. However, implementation of Bitcoin 2.0 and Bitcoin 3.0 also have their own sets of threats, most of which can only be overcome by having an always open two way channel of communication between the governing bodies and Bitcoin community. Unless things are clarified and compromise reached by both parties in various occasions, attaining all the goals of Blockchain technology set at the beginning of the report is impossible.

Full report can be accessed here.