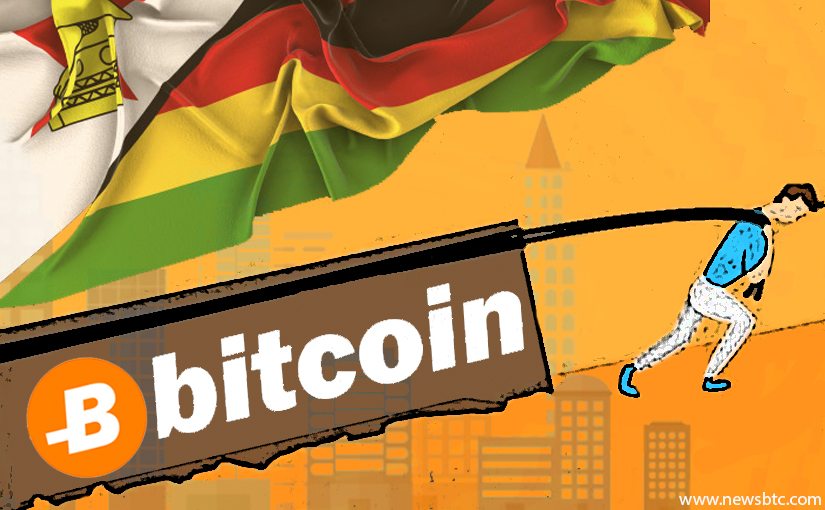 Businesses in Zimbabwe are Forced to Embrace Bitcoin to Pay Bills

The financial situation in Zimbabwe is no joke these days. Without an official national currency, the entire region relies on the US Dollar. This also opens up new opportunities for other forms of money, including Bitcoin. While one BTC is valued at almost twice the marketplace, this is not due to speculation. Instead, businesses have bills to pay and they need Bitcoin to do so. A very surprising turn of events, to say the very least.

Most people see Bitcoin as a tool for speculators and market makers. That is certainly true to a certain extent. In Zimbabwe, things are very different in this regard. The country is struggling quite a lot when it comes to the financial sector right now. Solving these problems is anything but easy, yet bills still have to be paid. Local companies are now flocking to Bitcoin as a way to successfully remain afloat.

For a country completely reliant on the US Dollar, things aren’t looking good. Every single transactions in Zimbabwe is settled using greenbacks. The Zimbabwean dollar is effectively worthless and isn’t even considered to be a currency anymore these days. Replacing it with the US Dollar has been the only logical decision. More specifically, it makes sense to use the greenback in this regard.

At the same time, one has to keep in mind the local government needs to import cash every week. This situation is not exactly feasible for much longer either. Local companies are trying to move away from the US Dollar as much as possible. More specifically, they want to reduce the hassle associated with obtaining money from the central bank. Using Bitcoin makes a lot of sense in this regard. It also explains why Zimbabwe trades Bitcoin at around $10,000 right now. Greenbacks are incredibly difficult to come by in the country.

It will be interesting to see how things will play out in this African country. With companies flocking to cryptocurrency just as a way to pay bills, things look somewhat promising. Unfortunately, this will not result in additional investment money flowing to Zimbabwe anytime soon. Addressing the real problems is still a top priority, but that is far easier said than done right now. Bitcoin opens up a lot of new opportunities and needs to be treated as such. Other African countries may follow this lead by example moving forward.

BitStarz Player Lands $2,459,124 Record Win! Could you be next big winner?
Tags: bitcoinBitcoin adoptionBitcoin Newsbitcoin tradingRegulationSurvivalZimbabwe
Tweet123Share196ShareSend
Win up to $1,000,000 in One Spin at CryptoSlots