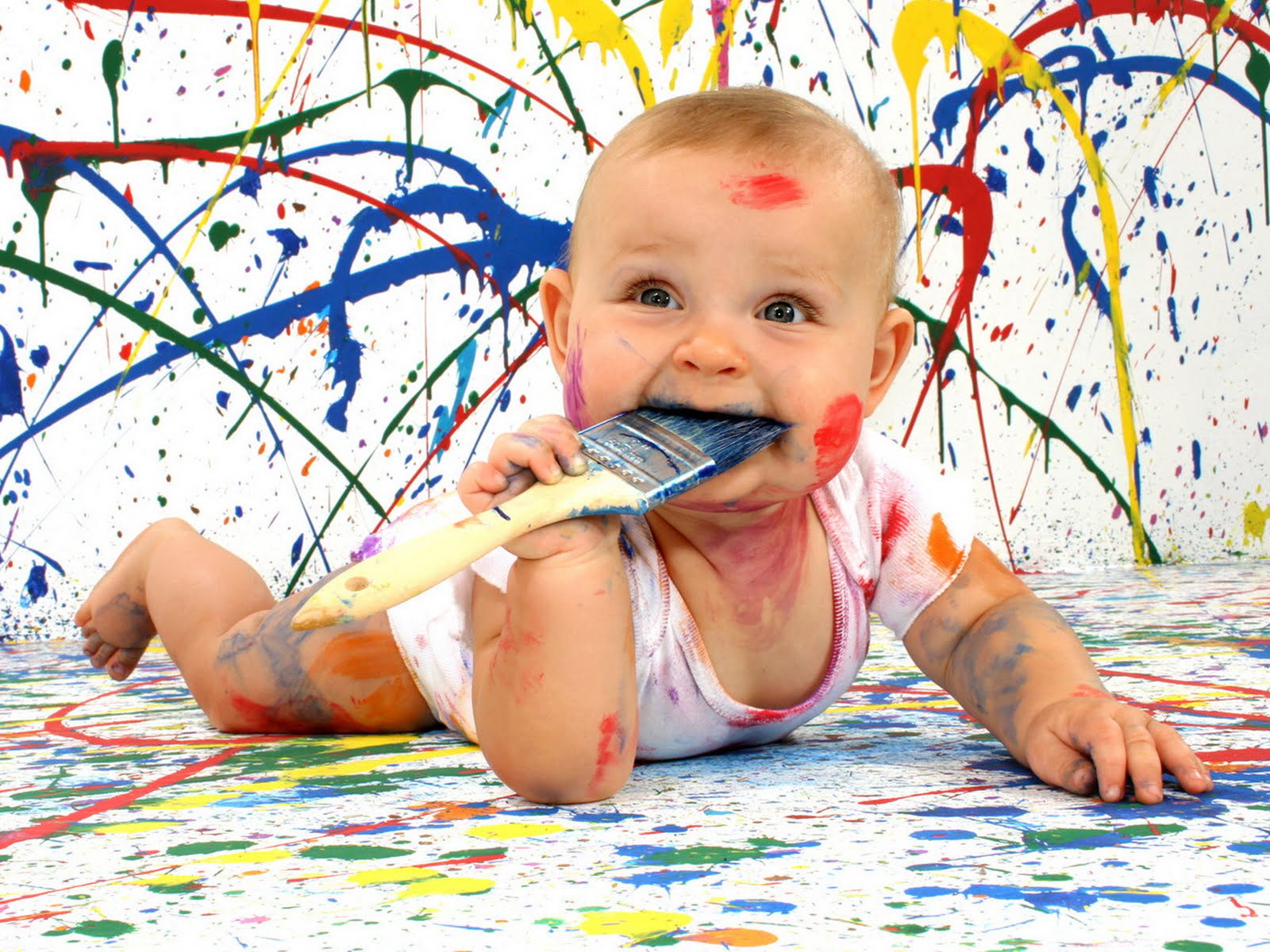 Do you think that contemporary art is mostly nonsensical crap made so rich people can shuffle money around, increase their status and help pretentious artists abuse substances till they drop?

If you agree with the previous you are not entirely wrong but there is more to this than first meets the casual, currently uninspired gallery visitors eye. It is also about re-branded communism allied with crony capitalism, a decline of cultural critique and the value eroding western culture as a whole. All that might come across a bit grandiose but many respected academics, art industry leaders and documentary filmmakers argue so. Ready? Let’s do this. Heads up: This is certainly not for everybody. Those genuinely interested will struggle to find something as comprehensive, accurate and useful elsewhere – while not claiming this is the whole truth.

Break Out The Noise

Granted there are problems everywhere we look. Just pick an issue and spend a lifetime on it if you like. In the face of just sustaining a family, currency deflations and nuclear war threats – who has time think about mostly nonsensical luxury items like art? Especially if you are not already doing very well by modern standards. I would argue meaningful art is what kept most of the spectrum of society sane to a large part for a long time. It used to impact us through awe, inspiration and excellence. Give us meaning, something to aspire towards or show parts most would not like to admit exist. Not so much anymore? Zen as the above piece may be, liberating art to be just about anything or nothing at all – can be seen as progress. You might already ask yourself: “What is the human cost we all are now paying for it though?” Even if Robert Florczak fails to see the value of Francis Bacon, cultural critique nor gets the relevance of graffiti –  he makes some good points from an integral perspective. That said, I do find it strange how there still are people on the right completely unfamiliar with Freud, Carl Jung and Ken Wilber to name just a few. Politically, this article will touch some blind spots on both sides of the aisle.

The following took a decade of research and over a week to write so bear with me to the bull. There is a method out of this madness. The purpose of big words is to open them up for analysis. We will get to the currently truly awe inspiring good stuff later but to shine some light on some of the problems, I need to first address what is wonky and go deep underneath the culture surface. The art world is not too different from understanding a dream so it requires a bit of a rabbit hole drop.

“I’m afraid I can’t explain myself, sir. Because I am not myself, you see?”
― Lewis Carroll, Alice in Wonderland This above short video of ‘Adam Ruins Everything‘ on contemporary art is appropriate for many reasons including his name. The video might be slightly on the ignorant side for humors sake and covers only the money part of the equation but certainly has relevance as to why art has got very confusing to most people of late.

A metaphor could be that the airplane meters are showing a steady and rapid rise. In ecstatic joy, the captain among passengers are shouting: “Hip hip hurray!” For those observing the art establishment plane itself, it can easily be seen to be in an infernal death grip of gravity spiraling uncontrollably towards the ground. This is to a large degree due to flight control denouncing the engine as unnecessary but we will get to that soon. First, this ‘Great contemporary art bubble‘ TV doc is a thorough exploration inside the ‘What is up with these insane prices?’

Now in to a deeper bunny dig and onto something that is much less obvious. This might be the foundation as to why you might have been weirded out when you last encountered contemporary art. Seems, money is not the root of the problem but power. Does the flamboyant emperor have clothes though? Or more accurately, have any real substance to back up a sustainable kingdom?

The Expanding Nonsense Of Postmodernism The real issue goes far deeper than money or posturing. It is about a power coup. Postmodernism started in the 60’s in Paris by intellectual communists, who could no longer carry on the ideology in its original form. We are now talking content, not sales. Jordan B Peterson, a professor of of psychology at the University of Toronto, gives an alarming analysis on what is now going on in the arts and humanities in this passionate  interview. Most of us simply are not aware of the origin roots of Marxism in postmodernism and how powerful the movement has become.

Despite his mostly progressive stance, in case you feel like Dr. Peterson is too far right on his political spectrum to be trusted, I’m also adding this shorter analysis by Professor Noam Chomsky, who can hardly be labelled as a right wing nut job for cross reference. Marx made accurate claims against capitalism but the price was erasing natural struggle, inspiration and transcendence from the package. In his view, the world was reduced to a society power map instead of the complete territory. It has resulted in the ‘oppression olympics’ often seen through most media today.

To be clear, I am not saying this is all bad. Much of the surfaced issues needed to come out to be processed. There are plenty of societal benefits in analyzing human power but something vital is now missing, which is having a major detrimental impact on the arts and global culture.

An Evolution To Metamodernism

“When we break apart the word ‘inspired,’ we find it comes from two words ‘in’ and ‘spirit.’ The word literally means “in spirit.” In other words, when you are inspired by something, it means that you are living in line with your spirit.”
-Dr. Wayne Dyer. To avoid doubts regarding religious conversion fervor, Camille Paglia, a cultural critic and an intellectual atheist, is here to save the day.  This analysis lecture  is a refreshing appreciation of spiritual art and a historical perspective to it. Despite her personal relationship with religion, she has a very fresh machine gun style approach to explaining why you might have not experienced awe with art lately. How the baby was thrown out with the bathwater if you will. She well points out how enthusiasm was driven out of academia and the arts during the last few decades in the form of infentile fantasies.

There are of course stratospherically successful and undoubtedly inspired artists like Damien Hirst, Ai Weiwei, Jeff Koons and Takashi Murakami. They produce stunning visual experiences but outside a few exceptions, rarely touch me with something that could be described as truly profound or transcendent.

Crypto could and is already is a big part of the solution. Many blockchain innovations are already changing the around 50 billion a year art market practices. As big as that is, Bitcoin alone has surpassed the it with about a 90 billion current marker cap. So what can these digits do to the arts?

A Possible Journey To Sanity You might have many times heard the cliché that the artist is merely a vessel for what comes through him / her / non binary. Elizabeth Gilbert, the author of the multi-million selling book ‘Eat Prey Love’ gives a very heart felt claim on her famous and inspiring TED talk. It is impossible to know everyone who are doing equally meaningful works so just bringing up these four for now. They are already relatively well but especially the first two operate mostly outside the traditional gallery realm. The above artists are on an integral and profoundly different missions to what you usually encounter in main stream galleries. The movement could be called Metamodernism and is in direct opposition to void-of-meaning postmodernism.

Their presentations in the links above are insightful and Android Jones also accepts crypto as payment for his works alongside utilizing modern technology (VR) to produce the works. These are the kinds of people who are returning  deep, easily experienced profoundness to the arts.

I’ll do an article later about the best bodypainters in the world with similarities regarding the above.

What Is Blockchain Already Doing For Art?

Luckily the blockchain is already helping to authenticate works through Verisart and Ascribe to remove scams. Maecenas, a decentralized art gallery, is also helping to democratize art investment by allowing smaller investments into famous artworks via crypto. It is a new way to hold and participate with realms usually beyond the Bitcoin realm.

The premise of the article is a challenge – not that I know if it can actually save it. The historical and spiritual perspective can certainly help drive out a lot of the narcissism now experienced by the artists and those involved in the whole show. As transparency and the ability to trust the process are core values of crypto, this might inspire some people to come up with technological solutions no one else has thought of yet. Blockchain can certainly be a big part of the out. Democratizing money itself is already a huge step towards a more balanced world. What those who have made fortunes with it choose to do with the wealth will impact generations to come.

If you resonate with what you have seen here, consider supporting these artists who are going far beyond political pamphlets and depthless waters in their expression. If people knew how super human it is to make even a modest living as an artist and the real value of their contribution, much would change on a larger scale. They might just transform your whole life through what they can do for you.

The disrupt professor Etienne Verbist writes more on this from the digital perspective in this Art Dependence article. There are even evolutionary spiritual platforms like Integral life, that are jumping on the crypto train to open it to newbies.

In case you want to get serious about collecting art solely for monetary reasons, this ‘Bankers guide to the arts‘ by the good old BBC might get you properly started in the big culture casino. “Pushback”  by the author.

I’ve never received a public grant nor given funds from art institutions to do my work. My personal offer of “Up to 40% off from crypto art” is also still on for three more days.