Android Altcoin Mining – Is It Possible? 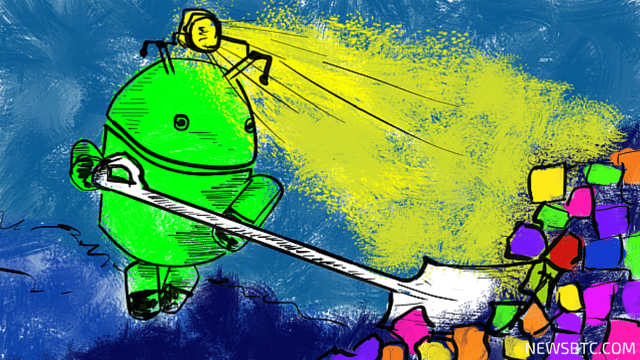 The smartphone is by far the world’s favorite piece of technology. It is estimated that there will be over 2 billion smartphones across the world by next year (ref: eMarketer). Over 80 percent of these smartphones run on Android operating system (data: IDC, 2015 Q2). Nowadays, smartphones are literally miniaturized computers, their processors pack anywhere between 1 GHz to 2.7 GHz processing power which is on par with a decent low-range/mid-range laptop currently in the market. Processing power of these devices come to use only while playing games or running few process intensive applications. But it can be put to use for other purposes as well. For example, altcoin mining.

Theoretically the processing power possessed by smartphones can be harnessed to mine cryptocurrencies. While mining bitcoin using the currently available smartphones is out of question, there are many altcoins that could be mined effectively on these handhelds. However, it may not be as effective as it would be if you use your PC instead of mobile phone for mining your coins.  However, there are a few applications out there on the market that allows smartphone users to mine crypto coins on their handhelds.

While these mining applications use the mobile processor to mine a wide range of crypto coins, there are other set of applications like Eobot, Cointellect etc. which are mobile clients for cloud mining platforms . These mobile clients only allow users to visualize the performance of their mining pool on their Android powered smartphones.

While mining bitcoin using an Android device will cost you more than what you spend in terms of power, battery life etc. Mining altcoins based on CryptoNote and CryptoNight protocols are considered a bit easier on Android devices. Some of the coins that can be mined efficiently includes quarkcoin, bytecoin, mangocoinz, dogecoin (to an extent) etc. It is better to mine these altcoins and exchange it for bitcoin than attempting to mine bitcoin or litecoin on Android phones.

ARM processors used in Android phones generally do not generate enough hash rate to even get registered on the mining pool. However, high end Android phones like Samsung Galaxy S6 have a more powerful GPU and they can generate somewhere around 2 MH/s. The average hash rate generated by Android devices range between few hundred KH/s to single digit MH/s. To put it in perspective, it takes over 14 million Android devices mining bitcoin continuously for 24 hours or more to generate 1 bitcoin!

If you are looking for a unique experience while mining, the Mangocoinz is something worth exploring. The value of one mangocoinz is close to one cent and it can be exchanged to bitcoin. A specialized Android application is available to mine mangocoinz, which works based on the movement of the device. At least this way one can burn some calories while attempting to mine the altcoin. Another similar, soon to be launched, application is BitWalking which converts steps to BitWalking Dollars.

There are few instances where people have shared their story of success with mobile phone mining. One such instance was shared by a Minergate pool user who goes by the username Baresgeld. According to him, he is the owner of a mobile phone store and he runs an Android based miner he developed following instruction provided by yvg1900 (bitcointalk username) on all the smartphones in his store. He mentions that he mines CryptoNight protocol based altcoins on all the phones using Minergate mining pool. He claims the process to be efficient enough to be able to proportionally reduce the cost of phones on sale every day.

Bottom-line: Altcoin mining is more efficient on computers than mobile devices. Even though mining altcoin on an Android device is quite possible, on a longer run it reduces the effective battery life of the device.

Tags: altcoinandroidapplicationsbitcoinBitcoin NewshashrateminingsmartphoneSoftware
TweetShare
BitStarz Player Lands $2,459,124 Record Win! Could you be next big winner? Win up to $1,000,000 in One Spin at CryptoSlots