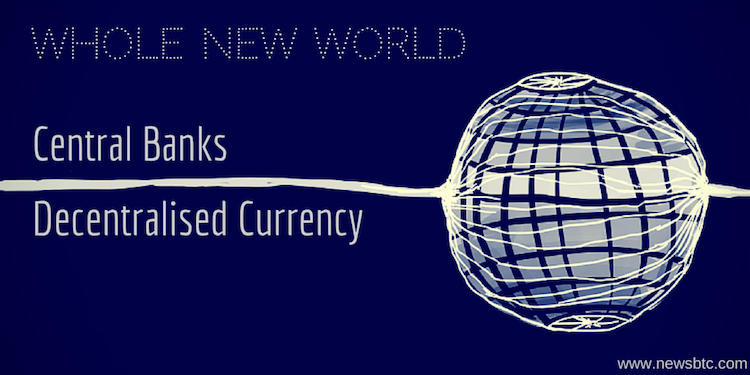 Bitcoin and its underlying distributed ledger technology can definitely give centralized monetary systems a run for their money.  At least that’s what Bill Gross, a billionaire bond manager believes.

Bitcoin is already popular as being an alternative to conventional financial assets. Thanks to low and negative interest rate policies being implemented by the central banks in few countries, investors are now turning from conventional assets and deposits to Bitcoin. Unlike cash, Bitcoin is known to be an appreciating asset due to limited supply and increasing demands. Also, the decentralized nature of the cryptocurrency makes it immune to central banks’ policies.

“Bitcoin and privately agreed upon blockchain technologies amongst a small set of global banks are just a few examples of attempts to stabilize the value of their current assets in future purchasing power terms, …Gold would be another example — historic relic that it is. In any case, the current system is beginning to be challenged.”

Central Banks, especially the Federal Reserve, Bank of Japan and the European Central Bank are blamed for creating policies that endanger the age-old business models developed to encourage savings, investments, and economic growth. Gross equates their actions to that of casino gamblers, doubling down on the bets every time they lose.

“Central bankers have fostered a casino-like atmosphere where savers/investors are presented with a Hobson’s choice, or perhaps a more damaging ‘Sophie’s Choice’ of participating (or not) in markets previously beyond prior imagination, Investors/savers are now scrappin’ like mongrel dogs for tidbits of return at the zero bound. This cannot end well.”

The central banks have diluted the economy by printing excess money, increasing the risks associated with high-yield investments.  Their policies are directed towards keeping zombie corporations alive while hindering the development of global economies. If this continues any longer, it may invariably end up causing capital destruction instead of capital creation.

However, on the brighter side, the current path of destruction taken by some of the central banks may hasten the acceptance of Bitcoin into the mainstream global economy.