Payment Industry Doesn’t Have to Worry About Bitcoin: Citigroup 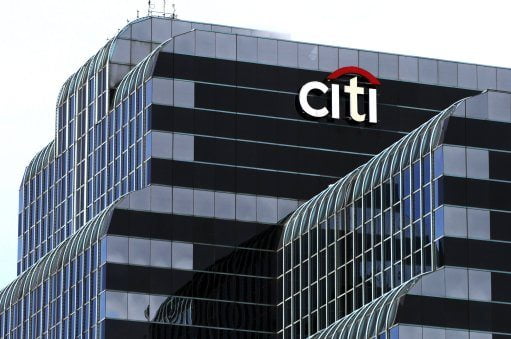 Citi Bank sign is seen, Wednesday, Dec. 5, 2012 in Chicago. Citigroup said Wednesday that it will cut 11,000 jobs, a bold early move by new CEO Michael Corbat. The cuts amount to about 4 percent of Citi's workforce of 262,000. (AP Photo/Kiichiro Sato)

The rise in Bitcoin adoption and companies offering Bitcoin-based payment products is not going to affect the conventional payments industry anytime soon. The leading players in payments industry will continue to enjoy their dominance, states a recent report by Citigroup.

The report, released a couple of days ago analyzes both payments industry and the digital currency industry to conclude that Bitcoin is not a threat to the likes of MasterCard and Visa. However, the report does not dispute the fact that the use of blockchain technology will open up markets for financial services, helping them reach new customers.

Bitcoin currently has a market capitalization of over $10.8 billion, making it strong enough to be taken seriously by the banking and financial services industry. Many banks and financial companies consider the digital currency to be a threat. However, the current state of bitcoin payments leaves much to be desired. The Citigroup considers Bitcoin to be a successful proof of concept for decentralized peer-to-peer fund transfer and payments network. According to the report, the only benefit offered by the Bitcoin network over existing payments solutions is anonymity (let’s make it clear that bitcoin transactions are pseudonymous at best).

While Citigroup dismisses bitcoin and other cryptocurrencies by saying it doesn’t see any potential for disruption, it states that the digital currencies issued by central banks may change the whole payments industry. However, there is no indication of any central bank issuing digital currency any time soon.

The report also touches upon the role of bitcoin in remittance. Bitcoin is known to offer a faster and much cheaper mode of remittance compared to conventional remittance services. But Citi lists last mile delivery as an issue as the conversion of bitcoin to fiat currency may turn out to be costly for recipients and remittance companies transmitting fiat in the form of digital currency over Bitcoin network.

Even though the Citi analysts state that the digital currency and digital currency based financial services companies are not a threat to the traditional ways, they acknowledge few rising startups in the sector which have already made a name for themselves. The business models adopted by Circle, BitPesa and Abra are also discussed in detail in the report.