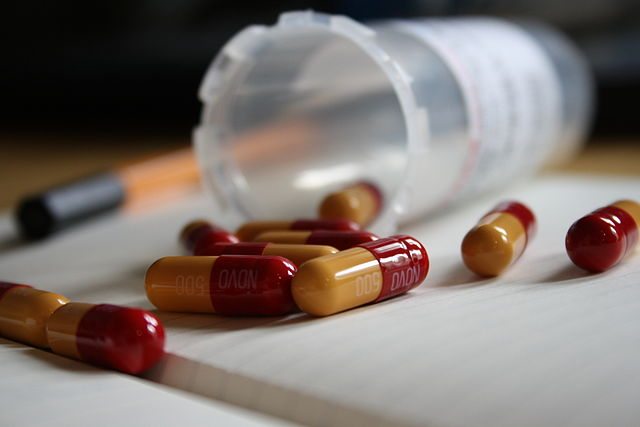 Bitcoin was created with an intention of saving people’s lives from being ruined by the centralized monetary system and flawed policies framed by governments and central banks. When Satoshi Nakamoto published the white paper on Bitcoin, no one imagined that it may literally save lives in the long run.

As developers continue to unearth new applications of Bitcoin’s underlying blockchain technology, one of the major breakthroughs of its application is in the field of drug development and testing process. Drug development is a costly and time-consuming process. Even though the in silico protein and drug modelling processes have considerably reduced the time taken for the development of a new drug, it still takes years, if not decades to launch a new drug into the market. In order to launch the drug, it has to first pass stringent trials on both lab rats and humans. Only upon review of these trials will the concerned regulatory body, like the FDA approve it for sales.

Even though a drug may do its job very well in curing the disease it is designed to treat, it may also present some really nasty side effects resulting in other serious health issues, which may even prove fatal. The clinical trials are conducted to monitor not just the effectiveness of the drug but also to check for any side effects and weigh the pros and cons of both. However, the pharmaceutical companies and scientists working on these drugs may selectively share only the positive effects of the said drug while conveniently ignoring any side effects, like in the case of an anti-depressant Paroxetine which was reported to be effective in treating patients with depression. However, it turned out to be not so effective in the later studies. Instead of addressing the issue, Paroxetine was found to increase suicidal behavior.

In order to prevent the pharma companies and researchers from fudging the data, a researcher and doctor at the University of Cambridge, Greg Irving has created a blockchain based system to record and independently verify the clinical trial protocols as specified by those conducting the study. The immutability of Bitcoin blockchain has been put to use by Greg Irving and his study has been published in F1000 Research along with co-author John Holden.

The whole purpose of this proof of concept created by Greg Irving is to ensure that the pharma companies or researchers are not deviating from the actual trial by making modifications to the actual trial protocol after conducting a clinical trial to match with its outcome. As a part of the proof of concept, Greg Irving has used an entry of a study protocol from the ClinicalTrials.gov site. He has created an unformatted text file containing the pre-specified endpoints and planned analysis as described by the uploader. The data from the unformatted text file is then converted into an SHA-256 digest using Xorbin SHA-256 hash calculator. The resulting SHA-256 hash was then used as a private key for a Strongcoin Bitcoin wallet, followed by the creation of a public key to enable transactions. This was followed by an arbitrary bitcoin transaction form a second wallet to the one with the newly generated SHA-256 hash as a private key. This transaction recorded the public key on the blockchain, making it easily verifiable over the blockchain.

Now, anyone with the unformatted text containing clinical trial protocol can follow the same steps to generate a public key, corresponding to the one that was initially generated and verified over the blockchain by making an arbitrary transaction. If the public key in both the cases matches, then it not only proves the existence of the document with a time stamp but also verifies that the document has not been changed in any way. In case of any changes, the SHA-256 hash created will be different from the original one, resulting in a different public key.

Greg Irving describes the whole process to be cost effective, as the bitcoin used to confirm the document’s existence can be retrieved from the wallet while maintaining the integrity of clinical trial protocols. While Greg Irving took a manual approach to create the proof of concept, the same thing can be automated and made publicly available. Any changes made to the protocol can be recorded as a separate entry, with a corresponding private and public key of its own, and can be verified in a similar fashion.

Greg Irving and John Holden’s work is in line with the Helsinki declaration that requires all clinical trials to be recorded and published on a publicly accessible database while preventing data manipulation practices like outcome switching, dredging and selective publication that undermines the integrity of published research.

Tags: bitcoinBitcoin Newsblockchain technologyclinical trialgreg irvingNewssha-256xorbin
TweetShare
BitStarz Player Lands $2,459,124 Record Win! Could you be next big winner? Win up to $1,000,000 in One Spin at CryptoSlots