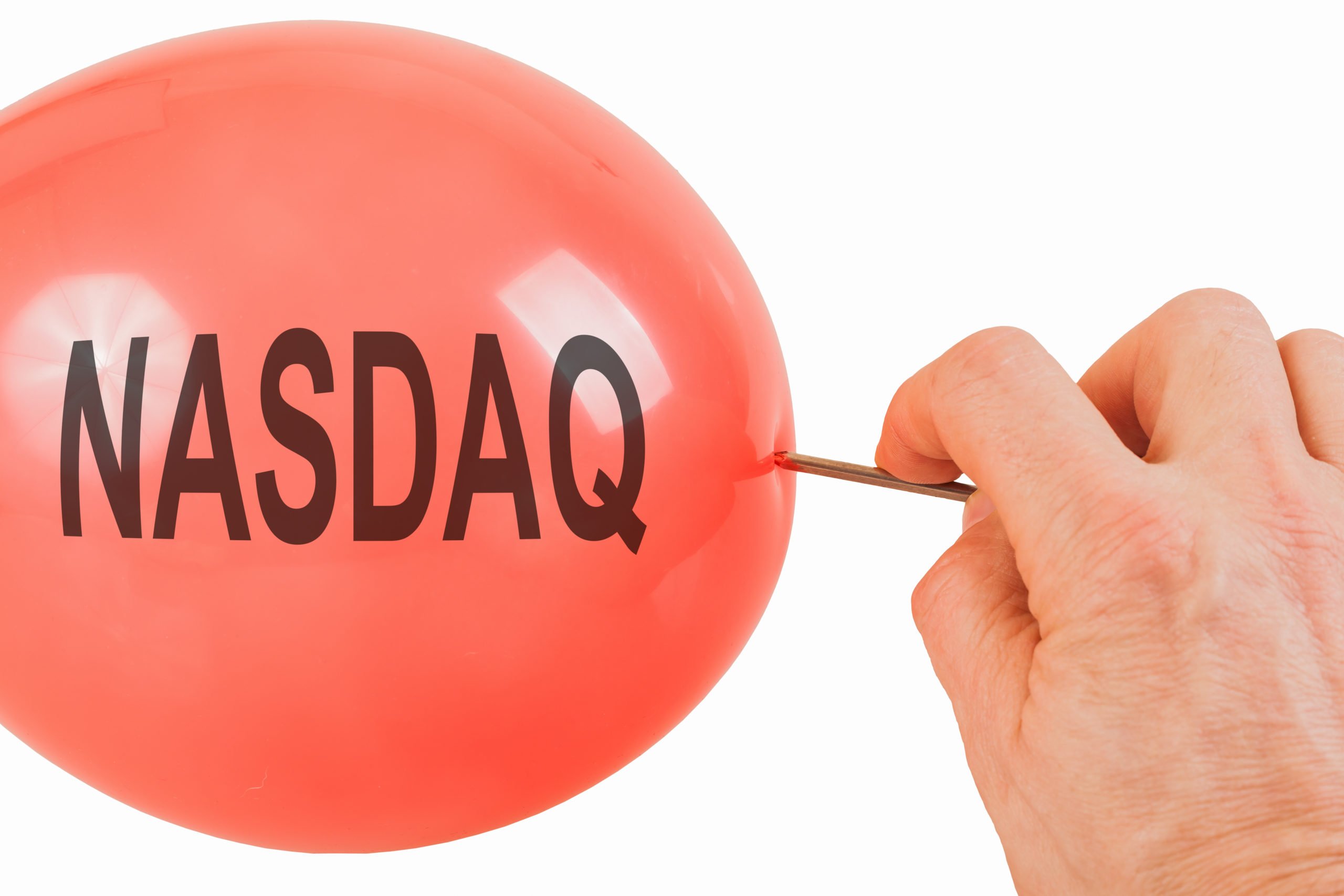 The crypto bubble and Bitcoin’s meteoric rise often gets compared to past bubbles, such as tulip mania, or the dot com crash.

But could Bitcoin’s price chart actually be following an echo-bubble fractal found on NASDAQ’s price charts from after the dot com bubble burst?

The leading cryptocurrency by market cap, Bitcoin, took the world by storm in 2017 when the crypto asset reached an all-time price of $20,000 exactly two years ago today.

Since then, the crypto bubble popped, resulting in Bitcoin falling by over 80% to its eventual low at $3,100, while the rest of the crypto market and altcoins fell in value by as much as 99% in some cases.

The cryptocurrency bubble has drawn comparisons to a number of past bubbles, but a direct comparison with the post-dot com collapse price chart of the NASDAQ stock index shows a price pattern that looks somewhat similar to the price action playing out in Bitcoin markets currently.

Little hopium for my bullish followers.

While I have posted plenty of scenarios showing a drop to 1300, I trade btc level to level.

Right now, I think its important not to get too complacent.

Could absolutely find out btc follows the Nasdaq's lead after the dot com bubble. pic.twitter.com/IGI4n28G43

After the dot com bubble burst, NASDAQ crashed in value by as much as 80% of its peak price, just like Bitcoin has. Once the asset bottomed, it grew nearly 3 times in value at the height of a following echo-bubble rally.

Once the echo-bubble peak was reached, though, the fractal similarities between NASDAQ and current Bitcoin price action became even more convincing.

Following some consolidation directly below the echo-bubble peak, the asset suffered a significant drop, followed by a powerful rally that acted as a bearish retest of former support turned resistance.

If it sounds familiar, the same bearish retest and powerful rally occurred in Bitcoin at the end of October, when Chinese President Xi Jinping spoke out in support of blockchain technologies. This news-driven pump resulted in Bitcoin’s third-largest single-day gain in the asset’s history.

But the entire rally was later wiped out in a continuation of the current downtrend.

What Happens Next to Crypto After It Bottoms Once Again?

If Bitcoin continues to follow the same post-dot com NASDAQ pattern, the first-ever cryptocurrency would suffer a sharp and violent fall from here, taking the crypto asset down another 30-40% toward the last remaining diagonal trendline, located around $5,000 to as low as $4,800 currently.

The good news is that after the asset found a bottom once again, it went on to embark on the greatest bull run the world has ever seen – one that is still going even today, nearly a decade after the initial collapse.

Should Bitcoin follow that same course, the crypto could eventually reach prices of $100,000 to as much as a million dollars per BTC, as some analysts are predicting.