Crypto Adoption is Like Internet in 1990s With 50M+ Users, Massive Potential Left 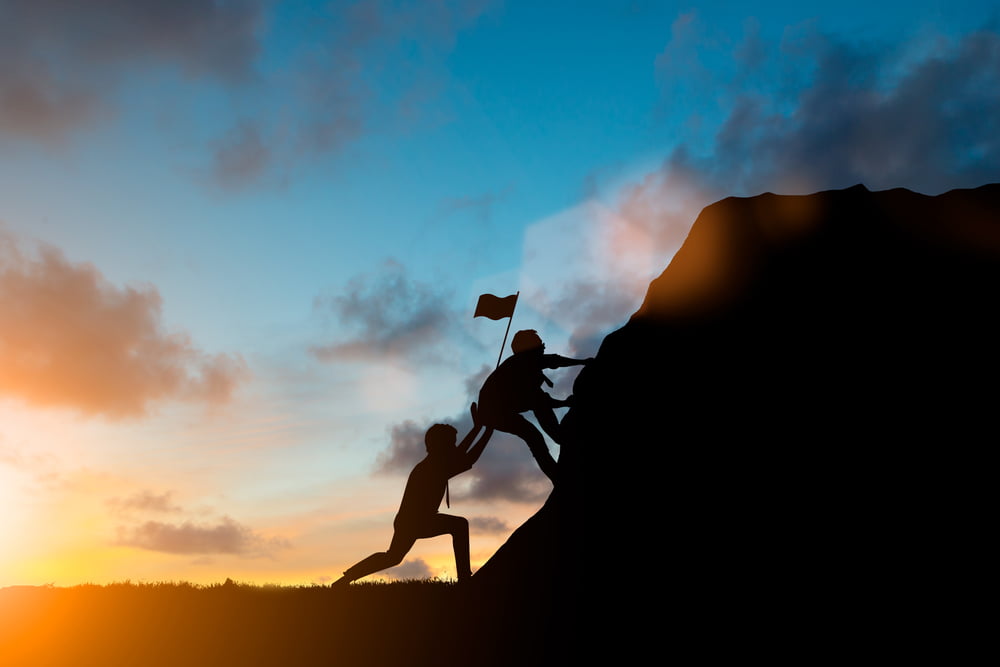 For some reason or another, many pundits, both in and out of the crypto ecosystem, have likened Bitcoin’s parabolic rally in 2017 to the Dotcom Boom and Bust at the turn of the millennia.

Sure, there are similarities, like the fact that both industries were revolutionary, were initially misunderstood and hated, and were rife with bad actors looking only to turn a quick buck. But, one analyst claims that cryptocurrencies and public blockchains are still early on in their development, meaning that a copious amount of upside may be in store for BTC and other digital assets.

Nic Carter, a partner at Castle Island Ventures and co-founder of Coinmetrics, recently remarked that the number of consumers utilizing public blockchains currently equals that of the Internet in 1997, at 50 to 70 million users. And out of those 60-odd million, likely only a few million are actively involved in Bitcoin’s and crypto’s day-to-day happenings. This statistic, according to Carter, begs the pertinent question: Why did we have such a large bubble in 2017, when the first notable Dotcom bubble occurred at 300 million users?

Carter had three hypotheses to answer this question. Firstly, he noted that the Dotcom Bubble remains fresh in the mind of investors, making the crypto bubble a “self-fulfilling prophecy,” in that consumers ‘FOMOed’ into BTC and its brethren en-masse after they recalled the gains that nascent Internet stocks posted. Secondly, the long-standing industry insider, who previously worked with Fidelity Investments’ crypto division, noted that as cryptocurrencies are “inherently a financial phenomenon,” they are more susceptible to bubble-esque behavior

And lastly, and most logical in the eyes of crypto’s crusaders, the reason why cryptocurrencies may have exploded as early as they did is that 2017’s bubble was “smaller than people think.” Carter explains that if you really boil the actual metrics down, the cryptocurrency space’s actual market capitalization was less than the $840 billion seen on data aggregators like CoinMarketCap. He looks to the fact that if you summate all mining revenue for Proof of Work (PoW), only $15 billion actually flowed into the space, making the rest of the value somewhat inflated.

With the Coinmetrics co-founder’s last point in mind, another question can be posed: if crypto’s latest bubble was small on the scale of traditional markets, does parabolic upside remain?

According to a number of pundits, the answer to the above question is an undeniable yes. Speaking at MoneyConf in Dublin, Joseph Lubin, the co-founder of Ethereum and founder of ConsenSys, told Business Insider that he believes blockchains will be on “orders of magnitude” more disruptive than the Internet, meaning that assets pertained to this space will have that much more upside potential and ability to catch volatility.

A countless number of Lubin’s peers would agree. Just recently, as covered in a previous NewsBTC report, Travis Kling of Ikigai Asset Management remarked that the previous Bitcoin rally was the first time the industry actually appeared on the global stage, as previous bubbles only saw participation from fringe groups, the coders, anarcho-capitalists, cypherpunks, and forward-thinking venture capitalists. As Kling remarks:

“In late ’16, the vast majority of the world had no idea what any of [crypto] was or what its potential is.”

This simple fact led him to the conclusion that when cryptocurrencies rally again, awareness is through the roof, meaning that reflexivity will be “much higher,” setting the stage for an even more volatile, epic surge.

Tom Shaughnessy of Delphi Digital agreed. The researcher remarked that the last bull run for BTC was driven around “magical internet money hype.” In the eyes of Shaughnessy, the next time, demand for Bitcoin will primarily be derived from the ever-growing need for an asset that is non-sovereign, capped, is a digital store of value, and can be used in day-to-day transactions with the Lightning Network. This in and of itself should make the next rally that much more accentuated and dramatic.

What Will Boost Crypto Adoption

More likely than not, the next cryptocurrency rally will be catalyzed by cryptocurrency products from mainstream institutions, like Facebook’s and Samsung’s digital asset or investment platforms like Bakkt on the retail side and Fidelity Digital Assets on the institutional side.

Just recently, The Block, who cited sources familiar with the matter, claimed that ErisX, an up-and-coming, Chicago-based cryptocurrency initiative will soon launch its own exchange platform. This is notable, as TD Ameritrade, a large American retail-centric institution, is expected to support in-house Bitcoin and other cryptocurrency purchases and sales, opening the door for eleven million consumers to finally down the blockchain pill. But will they?

Tags: bitcoincryptomarket
TweetShare44
BitStarz Player Lands $2,459,124 Record Win! Could you be next big winner? Win up to $1,000,000 in One Spin at CryptoSlots