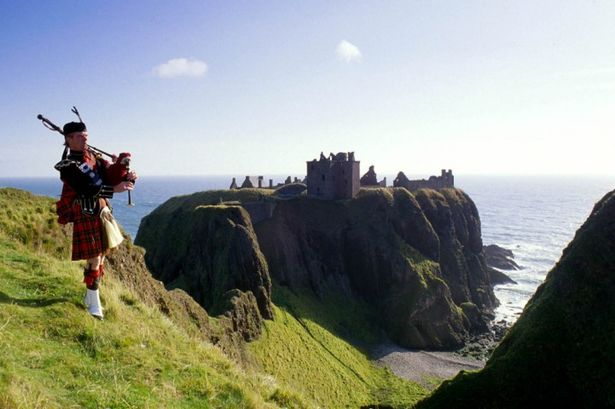 People in Scotland have started exploring different currency options following Brexit. There have been calls for the Scottish referendum in the past.  While Scotland decided against leaving the United Kingdom in the past, the recent vote by Englanders to leave the European Union may soon have the UK witnessing renewed calls for the separation of Scotland.

The Common Weal think tank in Scotland has recently published a report with 9 different currency options for the region if it were to dissociate itself from the UK. The detailed report authored by Dr. Craig Dalzell, an activist and scientist analysed all the options before recommending an independent Scottish Pound which may help the country stabilize its economy after independence. He was quoted by one of the Scottish magazine saying,

“The political weight tends towards the recommendation of a newly independent Scotland adopting an independent £Scot, initially pegged to Sterling but with the option of moving, changing or floating the peg as and when required or desired.”

The report is created to prevent the country from facing confusion similar to the one it faced regarding its official currency during the previous referendum. The currency option played an important role in the decision of many voters who decided to choose the stay in the UK option.

During the Scottish Referendum of 2014, the government had proposed a formal currency union where Scotland will continue to use British Pound Sterling while maintaining a position in the Bank of England.  While it may have been beneficial for Scotland at that time, it may not hold good anymore following Britain’s exit from the EU. The think tank has taken this opportunity to propose new currency alternatives. Among the options includes cryptocurrencies. Independent Scotland can choose between existing mainstream cryptocurrencies or the Scotcoin (a cryptocurrency).

Even though Scotcoin remains an option, other 8 possible currencies include

The choice of currency will be dependent on strategic geopolitical and trade decisions. Scotland is likely to opt for a currency that serves its future plans for development.

Tags: bitcoinBitcoin NewscurrencyNewsPound Sterlingreferendumscotcoinscotland
Tweet123Share196ShareSend
Win up to $1,000,000 in One Spin at CryptoSlots