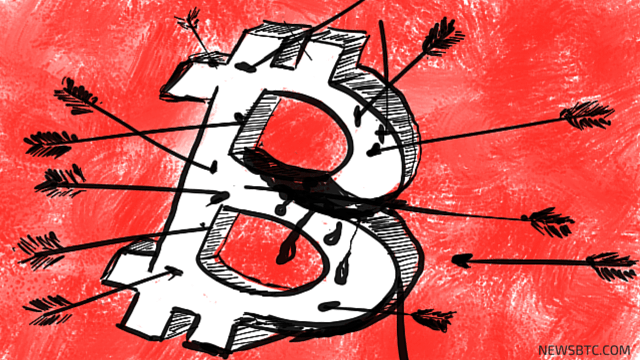 Cryptsy, a Belize-based cryptocurrency and bitcoin derivatives exchange has been suffering from a series of extreme denial of service (DDoS) attacks, that have effectively disabled the site and bitcoin wallets since November 22.

“Due to a server failure all wallets are paused. Will have them back online as quickly as possible. Website offline due to denial of service attack. We are working to mitigate,” announced the Cryptsy team.

Over the past few weeks, prominent bitcoin exchanges and payment processing platform including Kraken and OKCoin have been targeted with DDoS attacks of similar magnitude, temporarily disabling bitcoin accounts and withdrawals during the recent bitcoin price surge.

“Connection problem was due to DDoS but should be resolved now. Said “some” before because unsure of the extent at that time. The DDoS is ongoing but most should have access now. Apologies – this was a large attack and took longer to mitigate,” said Kraken at the time.

According to the announcement of Kraken however, the anonymous hacking group behind the DDoS attack seems to be the same organization which targeted encrypted mail service provider Protonmail on November 6.

“The site is under DDoS at the moment. Extortion letter received. Obviously, not paying. Please bear with us,” announced Kraken.

Unlike Kraken, Protonmail and other Switzerland-based tech firms and bitcoin startups have already paid a small amount of bitcoins to the hackers to request an immediate termination of DDoS attacks. However, the organization continued to launch large DDoS attacks, forcing Protonmail and other tech research groups to launch a collaborative investigation with international law enforcement and Swiss law agencies to unravel the faces behind the cyber crime.

“We have been working with the Swiss Governmental Computer Emergency Response Team (GovCERT), the Cybercrime Coordination Unit Switzerland (CYCO), as part of an ongoing criminal investigation being conducted here in Switzerland and with the assistance of Europol,” said the Protonmail team.

Currently, Cryptsy and Kraken are mitigating the attack and improving its protection against DDoS attacks through advanced security measures and protocols.

According to is “it down right now” however, the Cryptsy exchange platform was shut down for around 4 straight hours since 01:57 AM to 6:15 AM.

Due to the ongoing DDoS attacks, Cryptsy users may experience difficulty in withdrawing funds from their cryptocurrency accounts.

This is a developing story and newsBTC will continue to update as we receive new information.

Tags: Bitcoin NewscryptsyddoshackedHackedhackingkraken
TweetShare
BitStarz Player Lands $2,459,124 Record Win! Could you be next big winner? Win up to $1,000,000 in One Spin at CryptoSlots