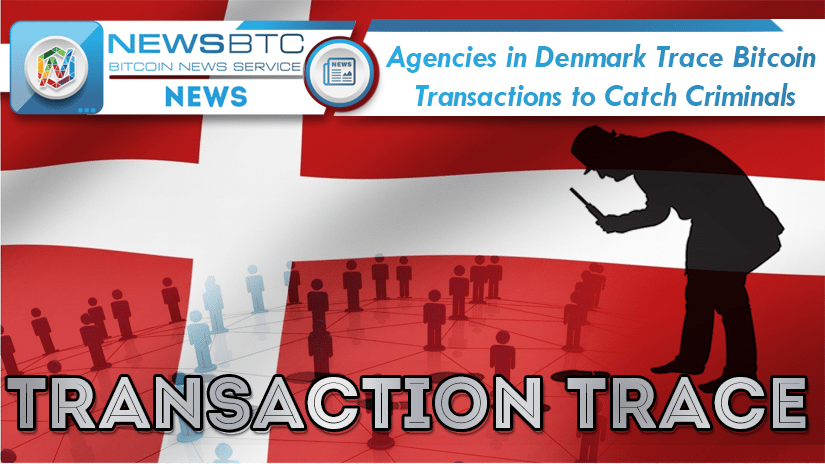 Bitcoin has gained the notoriety of being the most preferred currency of the criminals. In many instances, governments and law enforcement agencies in various parts of the world have used the “anonymity” of Bitcoin transactions as an excuse to prevent people from using it.

Bitcoin transactions have been proven to be pseudonymous at best. With the right tools and enough time, it is possible to track the digital currency transactions. Now, the Denmark’s law enforcement authorities have proven it to the world. According to reports, the Danish police have successfully arrested and convicted drug dealers for the second time in a row by tracing Bitcoin transactions.

Last month, a defendant in one of the narcotics-related cases was found guilty by a court in Denmark after considering traced Bitcoin transactions as proof. The defendant was sentenced to 8 years in prison. With two convictions, Denmark has set a record for its efficiency in handling cybercrimes, especially the ones involving cryptocurrencies.

“We are pretty much unique in the world at this moment, because nobody else has been able to use this type of trace as evidence before. Everybody is looking towards Denmark in this field, and we are in close dialog with several other countries at the moment, so that we can further develop the method and teach them how we operate.”

The online media outlet gives a brief description of the method used by the Danish law enforcement agencies. The tracing method compares the transaction information associated with purchases made using the cryptocurrency with the listing of Bitcoin buyers and sellers on the internet. The comparison will allow the authorities to identify questionable transactions as well as the people involved associated with it.

The recent developments are also expected to affect the dark net dealings involving drugs, weapons, and contraband. The possibility of police tracing Bitcoin transactions will accelerate the adoption of anonymous cryptocurrencies like Monero among the dark net vendors.

Once the technique for tracing Bitcoin transactions become more widespread, governments may adopt a more favorable stance towards the digital currency.