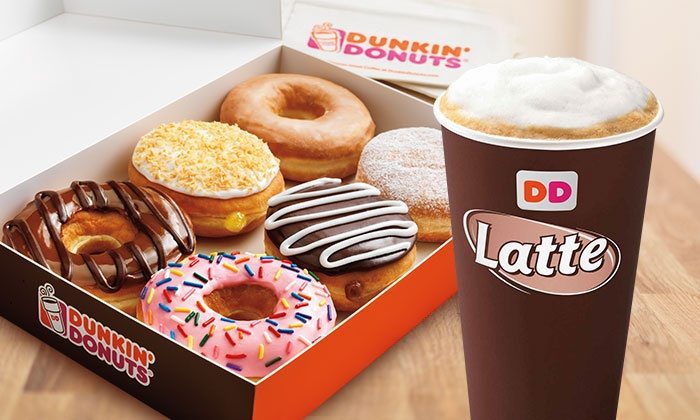 The online gift card application, eGifter has now enabled support for Dunkin Donuts cards. With this new addition, Dunkin Donuts customers can now pay for their donuts and coffee with Bitcoin, in addition to regular modes of payments.

eGifter platform is known to offer prepaid gift cards for over 200 different brands in the United States. With the addition of Bitcoin payments option, the platform allows Bitcoin community to indirectly spend digital currency for their daily needs. The solution is a handy one at the moment as there are not many places of business across the world that accept Bitcoin payments.

The adoption rate of Bitcoin among merchants and businesses has been slow. Even though the Bitcoin community is growing at a rapid pace, it is fractional compared to the ubiquitous fiat economy. The familiarity of operating fiat payment methods has a considerable impact on Bitcoin adoption. Many people, still prefer fiat, even if they have bitcoin deposits because of price volatility associated with digital currencies and the assumed complexities of making digital currency transactions.

The report of eGifter introducing Dunkin Donuts gift card on its platform was first reported by a blogger. With the inclusion of Dunkin Donuts on eGifter, close to 8000 outlets across the United States are now open to the Bitcoin community members who would like to buy their favorite donuts and coffee with Bitcoin. The same article also quotes the CEO of eGifter Tyler Roye explaining the company’s decision.

“The card was on our wish list since our first day in business. Many of the eGifter team members start every day with Dunkin coffee, also referred to around here as startup fuel. Those cups in our hands were a constant reminder that we wanted this card, so we are quite excited to finally be able to offer it to our members.”

While online gift card and gifting solutions platforms are one effective way to promote the usage of digital currency, Bitcoin Debit Cards aren’t far behind. There are many exchanges and Bitcoin platforms offering digital currency funded debit cards. These cards are connected to the user’s Bitcoin wallet and they can use the card to pay online, withdraw money from an ATM or at a POS just like any other credit or debit card. The settlements for payments through Bitcoin debit card will be made in fiat.

Eventually, we can expect the digital currency to go mainstream, with Bitcoin payments being a default option just like cash and cards.