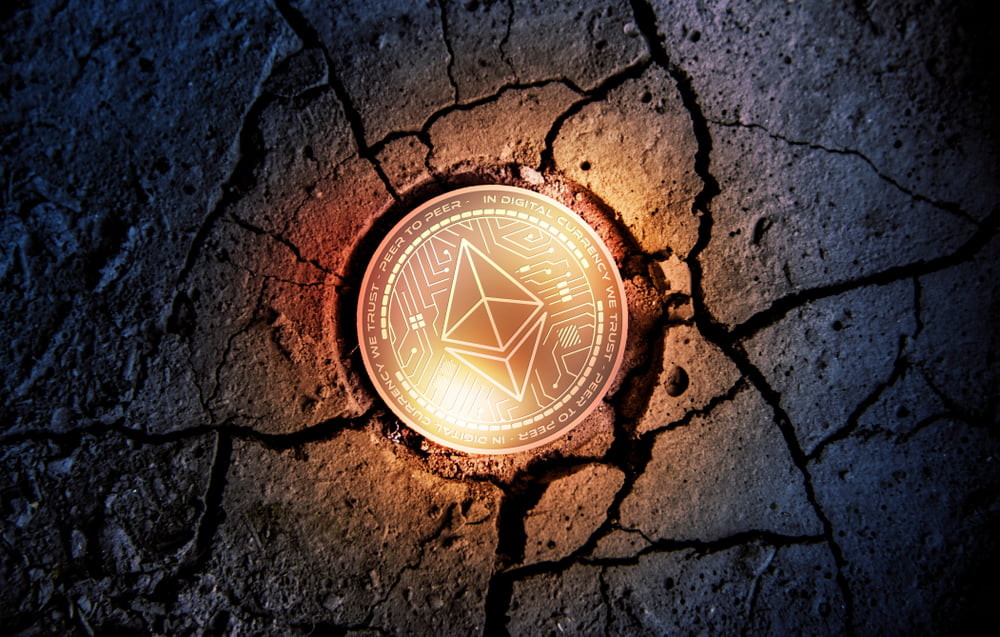 In a free and unregulated market, it is only natural that competition will emerge, and proponents of free markets believe that this competition helps to propel platforms forward, while simultaneously providing investors with multiple investment options to choose from.

Ethereum, which is widely hailed as one of the most popular open-source blockchain platforms was long seen as the best in the industry, but growing competition from competing blockchain projects, like EOS, Tron, and NEO, may be reducing ETH’s market share and causing it to lose its lure.

Ethereum, like most cryptocurrencies, has witnessed less-than-positive price action over the past year, with ETH plummeting to lows of roughly $90 from highs of $1,400. Ethereum is currently trading up from its lows at its current price of $140.

Although ETH has been (mostly) able to maintain its position as the second largest cryptocurrency by market cap, it has not recovered nearly as much of its losses as competing blockchain platforms have.

Travis Kling, the founder of cryptocurrency hedge fund Ikigai, spoke to Bloomberg about Ethereum, explaining that an investment in the cryptocurrency is a bet on the future adoption of its network.

“Owning Ethereum today is a call option on what you think the network is going to be in the future,” he explained.

Although it does appear that Ethereum is still favored by most cryptocurrency investors – as it has the largest market cap of all cryptocurrencies besides Bitcoin – its competitors are swiftly incurring more developers and decentralized applications (dapps) that may ultimately allow them to pass Ethereum.

In their report, Bloomberg notes that only “28 percent of dapps users were on the Ethereum network as of January, compared with 100 percent a year earlier.” The report further states that these lost users have mainly migrated to EOS, which currently accounts for 48% of users, and Tron, which accounts for 24% of users.

Kling spoke about the migration of developers, users, and dapps away from the Ethereum blockchain, noting that it could ultimately prove to be “detrimental” to the crypto’s price.

“To the extent that Ethereum competitor projects get traction with developers, with users, with dapps built on top of the platform, that will be viewed by the market as being detrimental to the overall value of Ethereum, and that can have a negative price impact on Ether,” he explained.

As to why there has been a mass exodus away from Ethereum, Patrick Barile, the chief operating officer at DappRader explained that other protocols offer significantly faster transaction speeds, which leads to a better user experience.

“The reason why they got so much adoption, those new protocols, is that they offer considerably better speed, transactions per second… The volume of transactions they can do is considerably higher. That means if you have a dapp, then you have a much better user experience,” Barile explained.

Only time will tell as to whether or not Ethereum will ultimately win over dapps and developers, but regardless, the increasing number of competitors will likely push Ethereum to improve its platform.

Tags: eosETHethereumTRON
Tweet123Share232ShareSend
Win up to $1,000,000 in One Spin at CryptoSlots