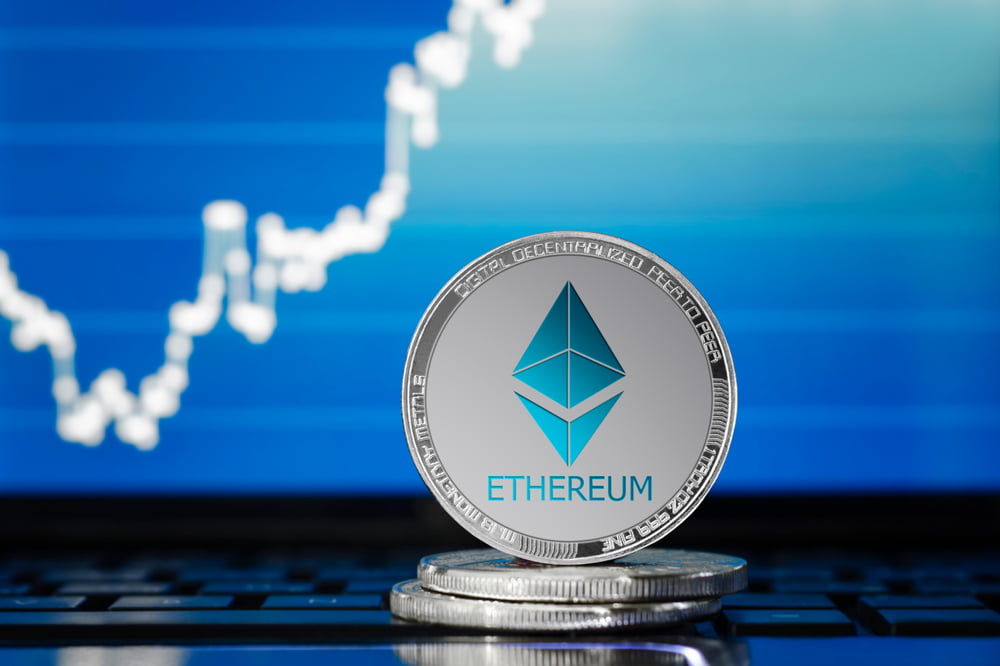 This upwards momentum has allowed the cryptocurrency to surge to fresh monthly highs, and analysts are now noting that ETH may be able to drag the entire crypto markets up during the next coming days and weeks.

Ethereum Surges Past $220 as Bulls Roar

At the time of writing, Ethereum is trading up over 4% at its current price of $222.87, which marks a significant surge from its recent lows of $175 that were set last week.

This upwards momentum has proven to be very positive for the aggregated crypto market and has come as most other major altcoins are surging higher.

As for what could be driving this upwards surge, multiple analysts have pointed to improving fundamentals as one potential catalyst for an ETH bull run, while others have also noted that multiple metrics may be pointing to the possibility that ETH is currently being accumulated by investors.

Sentiment, a crypto market insights provider, spoke about this in a recent tweet, pointing to declining ETH token circulation and a declining “active coin” number as signs that Ethereum is currently being accumulated.

“There’s also a number of metrics suggesting accumulation: 1. Token Circulation (# of unique ETH being used each day) continues to decline over the past 5 months… 2. Ethereum’s maximal mean age (avg. age that each coin has remained in its current address) continues to rise… 3. # of active coins over a period of 90 days has begun to decline as of recently,” they explained in the thread seen below.

3. # of active coins over a period of 90 days has begun to decline as of recently:

Will ETH Extend Its Upwards Momentum?

Because Bitcoin is currently trading sideways in the lower-$10,000 region, it is highly likely that any upwards BTC movement could further perpetuate ETH’s momentum and send it surging even higher.

Big Cheds, a popular crypto analyst on Twitter, spoke about Ethereum in a recent tweet, explaining that its latest upwards movement marks a notable breakout over its upper Bollinger Band, which may mean that further gains are imminent.

The coming hours may prove to be quite illuminating for ETH’s near-term price action, as Bitcoin’s price action may ultimately bolster ETH’s current surge and could allow it to post significantly higher gains.