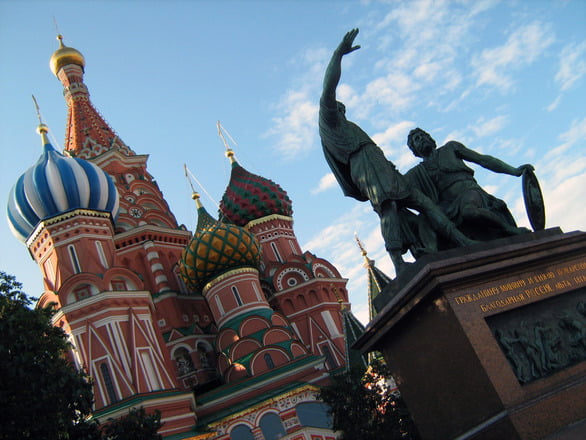 Bogdan Shaldugin Talks about Bitcoin in Russia and Indacoin

Russia recently relaxed its stance against Bitcoin and other digital currencies. The Russian Central Bank had called a meeting between the country’s financial representatives to discuss about Bitcoin regulations earlier last month. Few weeks ago, the Russian president Vladimir Putin also spoke a bit about digital currency and its future on one of the Russian media outlets. We decided to understand more about the current scenario in the country and to discuss about one of the leading bitcoin exchanges catering to that geography. We spoke to Bogdan Shaldugin, the Business Development Manager at London based bitcoin exchange, Indacoin. Bogdan is based out of Moscow along with his team. We asked him a few questions about Indacoin and the Russian Bitcoin economy in general.

NewsBTC: Can you tell us a bit about yourself?

Bogdan: I am the Manager of Business Development at Indacoin Corporation, a London based bitcoin exchange. I work out of Moscow along with my team.

Bogdan: Indacoin is a London based bitcoin exchange. We offer two different services. 1. The Exchanger service where people can sell or buy bitcoin and Litecoin. 2. A trade platform where users can monitor the prices and trade bitcoin or Litecoin at any moment. These trade transactions are executed immediately. Indacoin’s trading platform currently offers the best commission rates in the market.
We are constantly expanding into different markets. Recently we introduced UnionPay as one of the payment features on Indacoin. This will now enable Chinese population to conveniently buy or sell bitcoin in their local currency on the new UnionPay payments.

NewsBTC: How long have you been associated with Indacoin?

Bogdan: I have been with Indacoin since its beginning. I joined Indacoin in December 2013 as part of the founding team. As I said earlier, I am working out of Moscow along with a few more members. We also have people working from other parts of Asia, London etc.

NewsBTC: What regions does Indacoin cater to?

Bogdan: We are a global platform. We are entering new markets like Chinese, Russian, African and Spanish markets. We are planning to work with bitcoin start-ups that assist in money transfer and foreign remittance etc. After launching UnionPay for China, we are looking at India as well. India is a huge market. We will start working on it after testing UnionPay for a couple of months.

NewsBTC: How is your customer base?

Bogdan: Credit and debit card payments is the unique feature of Indacoin. We have a lot of customers from the US, Brazil, Canada, Europe etc. We saw a dip in the number of US customers from the past couple of months after we disconnected our payment gateway, even though there were other third party payment options still available on the platform. We will be reintroducing our payment gateway soon and we can expect the US traffic to surge again.
From the past 3-4 months we have had a lot of users from Russia, Japan and Europe. In august I am sure we will be getting more users from china.

NewsBTC: Any specific reason for removing your payment gateway from the list of payment options?

Bogdan: We started facing issues with the company that issued us the payment gateway. They started withholding out funds, which forced us to terminate their services. Now we have identified a new vendor who will be offering us the same services. The pay by credit/debit card option will go online soon.

NewsBTC: Can you tell me more about the current bitcoin scenario in Russia

NewsBTC: Can you tell us more about the Russian side of Indacoin?

Bogdan: Indacoin has a lot of Russian users. When we started more than half of our customers were Russians, now we have a lot of people using Indacoin from across the world, but still we get about 15-16 percent Russian users on our site. Indacoin has integrated Alfapay, Kiwipay and other payment options exclusively for the Russian user base. Most bitcoin users in Russia use it for trading. We get a lot of questions from our customers regarding prices etc.

NewsBTC: How is the acceptance of Bitcoin among businesses in Russia?

Bogdan: We had a few businesses that were accepting bitcoin, they have now stopped it. Some of the businesses accepting bitcoin were Subway, KillFish and a cafe in Moscow. But in Russia, not many shops have options for electronic/card payments, that’s why we are trying to push the idea of bitcoin to the people. A lot of people in Russia have never heard of bitcoin or cryptocurrency, which is another problem when it comes to bitcoin adoption.

We get a lot of questions from our customers regarding prices etc. the price on our platform depends on demand and supply. The exchanger is connected to the trade platform. And price depend on trade platform

NewsBTC: How did you get into bitcoin?

Bogdan: In 2012 we heard about bitcoin from some people in US and London and while talking to them they shared a few web links to different bitcoin resources and companies. After reading all those, we found it to be a great idea with the potential to become a currency. Once we understood completely about bitcoin, we decided to launch a bitcoin trading platform. Indacoin trading platform was launched in December 2013. By July 2014 we launched the Exchanger (the bitcoin exchange)

NewsBTC: What are your insights into the bitcoin usage pattern among people

Bogdan: Most people use bitcoin for trading. They are looking for a good spread between two prices. There are few who buy stuff using bitcoin. The bitcoin usage pattern usages varies from region to region. While bitcoin is used exclusively for money transfer in places like Africa, people in the US and Mexico use bitcoin to buy things. In Russia, bitcoin is mainly used for trading.

NewsBTC: Was there any changes in bitcoin trading pattern on Indacoin during the Crimea crisis and Ukraine?

Bogdan: We didn’t see any changes in trading pattern during the crisis, but our forecast predicts an increase in trading and bitcoin transactions from Crimea and surrounding places once the conditions in Ukraine and Crimea stabilizes.

NewsBTC: Do you wish to add anything in the end?

Bogdan: Well, I would like to let NewsBTC readers know that Indacoin has partnered with UnionPay to provide payment solutions for the Chinese market. Now users from China can use UnionPay to buy bitcoin using their local currency, yuan.

Tags: alfapaybitcoinBitcoin NewschinaCrimeaexchangeindacoinInterviewskiwipayrussiaukraineunionpay
Tweet123Share196ShareSend
BitStarz Player Lands $2,459,124 Record Win! Could you be next big winner? Win up to $1,000,000 in One Spin at CryptoSlots