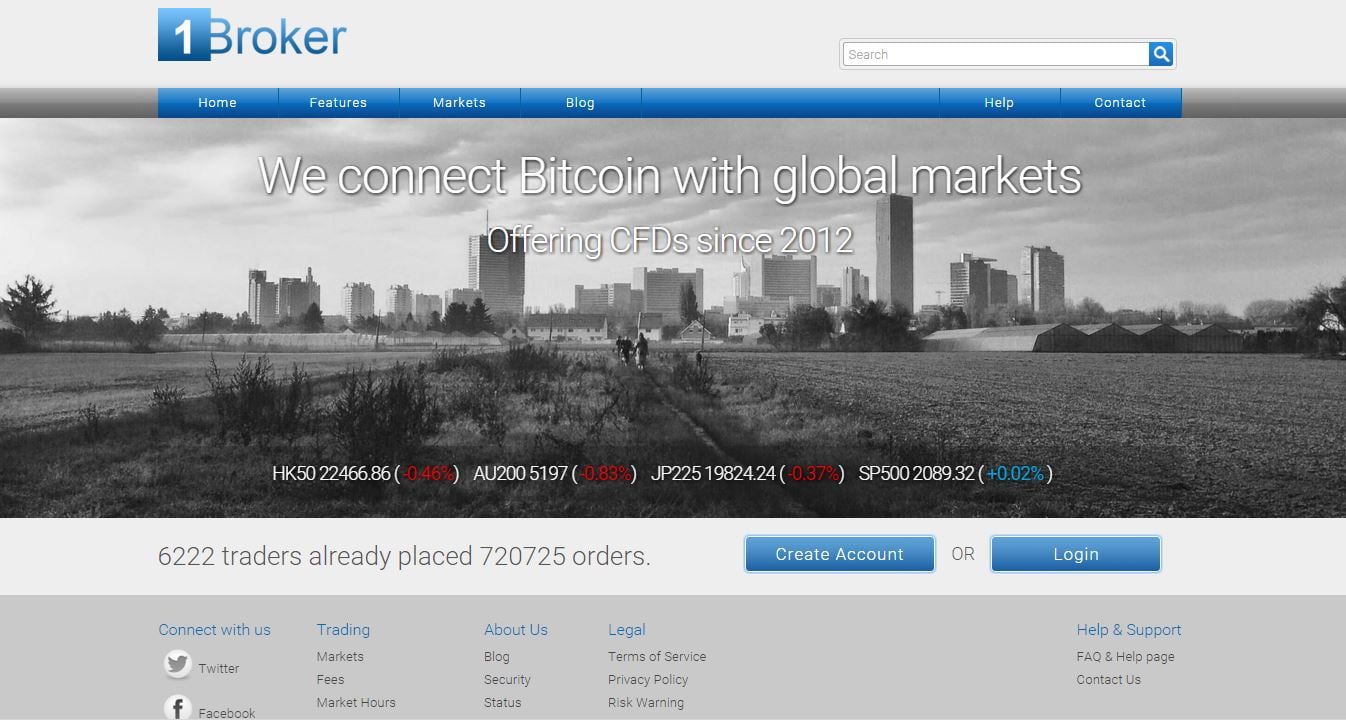 Exclusive Interview with the Media Division Manager of 1Broker

Recently, bitcoin has been drawing the attention of many companies around the world including Forex and CFD Brokers. The rise of bitcoin trading has created a multi-billion dollar industry that allows cryptocurrency enthusiasts to buy or sell digital currencies across various exchange platforms.

Now, several brokers are introducing bitcoin as part of their trading services. Forex is  the market with the biggest volume and liquidity all over the world. Forex markets are said to witness a daily volume of trillions of USD. For Bitcoin, it presents a whole new market with many trading opportunities.

1Broker is a platform that allows Bitcoin users to invest in CFDs with their bitcoin. The platform allows Bitcoin users to participate in real-world markets directly by using their Bitcoins. 1Broker currently allows traders to invest on 44 selected commodities, stock, indices and Forex pairs. 1Broker has taken the digital currency approach to a whole new level and only allows deposits and withdrawals to be made via Bitcoin.

The underlying contracts that users trade on 1Broker are called CFDs. This type of derivative allows 1Broker to peg its markets directly to the underlying markets\assets with top transparency and maximum simplicity for any type of trader.

To know more about 1Broker and the Forex-Crypto Market industry, NewsBTC was able to reach out to the company’s Media Division Manager and ask him some questions:

NewsBTC – Can you tell us a bit about the company, and its goals and history?

1Broker – 1Broker was launched in late 2012 after around 12 months of planning and development. From the beginning, our main focus was to allow Bitcoin holders to participate in global markets. Back then, we only offered trading on a few markets and had an extremely limited platform, but over the past few years we have continually improved our software and constantly added new features. Currently, there is still a lot of room for improvement and our focus for development is on a new, and innovative front-end, which is scheduled to be released in early 2016. Our long-term goal is to compete with our “traditional” competitors, which usually do not accept Bitcoin (yet).

NewsBTC – Can you tell us a bit about the platform and how it works?

1Broker – Before launching our platform we analyzed several business models of how we could implement our ideas. We decided to offer CFDs as our primary product for the several reasons:

A trade on our platform is basically a contract between us and the trader, where we agree to pay the “difference” specified by the profit/loss formula. In the background, there are a lot of other things going on, but we managed to completely abstract that away from the trader.

NewsBTC – Why did you decide to make bitcoin the only deposit option on your platform?

1Broker – 1Broker was solely created for Bitcoin holders. The main reason was, that there simply were no others platforms offering a similar service. We saw this as an opportunity to gain a first-to-market advantage.

NewsBTC – I see you have integrated Crypto Markets on the platform. For now, you only have the BTC/USD pair. Will you be integrating more crypto pairs shortly?

1Broker – Offering CFDs on illiquid and volatile markets is extremely difficult, and for that reason we currently have no plans to add other crypto pairs in the near future.

NewsBTC – What is the source for your charts and price indicators?

1Broker – It depends on the market. For BTC/USD, we use a non-volume-weighted average of Bitstamp, itBit and Coinbase. For our forex markets, we use several data streams redundantly. For more detailed information, people can contact us.

NewsBTC – How do you see the influence of cryptocurrency on the Forex Broker industry?

1Broker – It heavily depends on how the cryptocurrencies will develop, and the adoption rates to follow. Currently, it is still an extremely small market and mainly used by tech-savvy enthusiasts. However, in the last year we noticed a significant increase of traders who live in underdeveloped countries and have no access to a bank accounts or services, so they often use cryptocurrencies to circumvent this problem.

NewsBTC – What’s your expectations for the crypto market?

1Broker – I expect that the cryptocurrency markets will continue to see accelerated growth both in volume and transaction rates. However, I doubt that they will replace traditional currencies or banking systems in the foreseeable future. The influence and power of existing governments and institutions is simply too high, and they wouldn’t stand by while they were replaced. Which brings me to next point – If leading governments formally ban digital currencies, it could really have a negative impact. Fortunately, many countries that are beginning to regulate cryptocurrencies are taking an open-minded, and exploratory approach, which is more or less a good sign.

NewsBTC – What’s your opinion on the current situation of bitcoin and digital currencies?

1Broker – Bitcoin is slowly leaving its early stages of development and many powerful organisations and people are trying to influence the development of the protocol. (i.e. block size debate) It’s impossible to accurately predict what the long-term future will look like. There are so many possibilities that could unfold: From a new digital currency replacing Bitcoin, to consensus-based updates of the current rules.
However, the ideas and technology of a distributed ledger and all its potential use cases are certainly here to stay, and in my opinion the proof-of-work based algorithms (which secure the Bitcoin network) are one of the most important inventions in applied computer science.

Tags: 1BrokerbitcoinBitcoin NewscfdsforexInterviewsNewsOnline
Tweet123Share196ShareSend
BitStarz Player Lands $2,459,124 Record Win! Could you be next big winner? Win up to $1,000,000 in One Spin at CryptoSlots