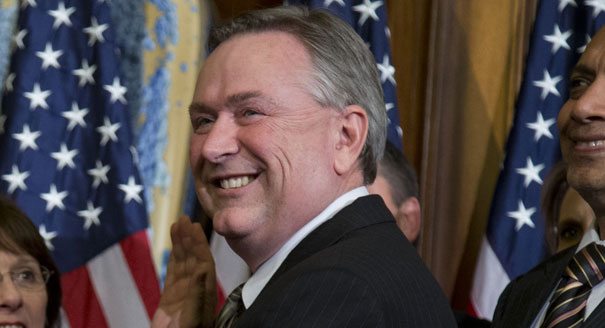 Steve Stockman, former member of the United States Congress, 1995-1997, 2013-2015, is the latest VIP supporter of the Creditbit Project. The former Congressman showed his support to the project by publically sharing an article titled “There are Plenty of Reasons to Get Excited about Creditbit” on Twitter.

Steve Stockman has supported cryptocurrencies for a long time. In an interview to Nick Spanos in 2013, founder of the Bitcoin Center in New York City, Stockman had described Bitcoin as a way to “keep your money without other people making decisions for you.”

Stockman has previously compared Bitcoin to gold and believes virtual currencies to be the future of finance. Stockman’s stance on virtual currencies stems from his understanding of their importance to counter inflation practices, and as a medium of cheap and quick transactions.

Keeping in line with his views, Steve Stockman had proposed a bill in 2014 to raise awareness and build consensus across the Bitcoin community on virtual currency related government regulations. The bill named “Cryptocurrency Protocol Protection and Moratorium Act,” or CryptPMA was designed to keep the government agencies from interfering with bitcoin and the bitcoin economy.

Steve Stockman was also the first member of the US Congress to accept Bitcoin contributions. Therefore, a supporter of cryptocurrencies from the upper echelons in the US being excited about a new project definitely is good news for it.

Creditbit project has been exciting the cryptocurrency enthusiast with the technology it is offering to the users all over the world. The project is also becoming known for its community-centric innovations. The platform has even implemented auto-login script for slack in order for their users to be added automatically to their Slack channel – CreditSlack .

Steve Stockman becomes the second VIP supporter for Creditbit after Charlie Shrem. Charlie Shrem, the bitcoin pioneer tweeted his support for the project recently and has also become an investor in the project.