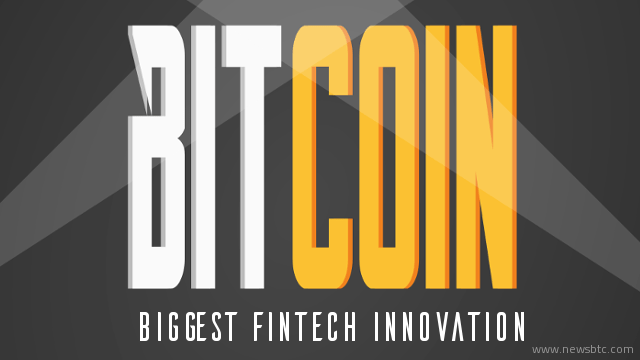 Bitnet founder and former senior Vice President at Visa John McDonnell says that bitcoin is probably the biggest fintech innovation since electronic payments. In his recent podcast interview with Epicenter Bitcoin, he explained how the cryptocurrency could be the solution to online payment issues.

Bitnet is a bitcoin payment processing company that focuses on how to move funds safely between customers and merchants.

“The founding team of Bitnet comes from the online payments industry, so we know a great deal about how broken, frankly, online payments has become. As the Internet has enabled merchants to market and sell their goods and services globally, payments has not kept pace. The infrastructure for transmitting funds and accepting payments continues to be based on 1950’s era card swipe technology,” McDonnell explained. “We see Bitcoin as probably the biggest innovation in fintech since the introduction of electronic payments — going back to the magnetic stripe card and Visa.”

McDonnell added that bitcoin transactions typically involve lower fees compared to credit card payments. He estimated that real costs account for 8 to 12 percent of a transaction and that these fees could be minimized in using bitcoin because the verification is conducted by a network of computers updating the blockchain.

We’ve done some math to try to come up with the total cost of acceptance, which starts with the interchange and then other fees are layered on – the card network fees, the acquiring processor fees, sometimes there’s an ISO or Independent Service Organization, there are PCI costs associated with accepting cards, the costs that are needed to pay outside consultants to audit retail systems for security and make sure that there aren’t any unintended backdoors for breaches where card numbers can be stolen,” he said. “It’s really 8 to 10 to 12 percent, depending on the industry, which is an incredibly corrosive cost to the margins.”

Get 110 USDT Futures Bonus for FREE!
Tags: bitcoin credit cardbitcoin paymentsbitcoin transactionsbitnetNews
Tweet123Share196ShareSend
BitStarz Player Lands $2,459,124 Record Win! Could you be next big winner? Win up to $1,000,000 in One Spin at CryptoSlots