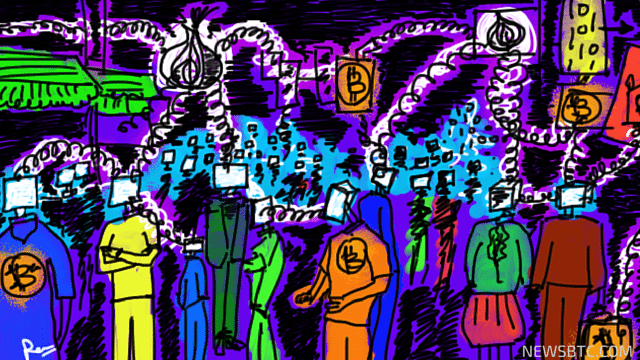 Bitcoin has gained the notoriety of being the criminal’s currency. The use of bitcoin on the deep web marketplaces like Silk Road since its early days has garnered the public’s interest in the digital currency. In its initial days, bitcoin was considered to be completely anonymous. The assumed anonymity combined with ease of transaction made it a preferred currency for the underground economy. However, it has been proven that the bitcoin transactions are pseudonymous at best – they can be tracked, with some extra resources and effort, the identity of the parties involved can also be uncovered.

In spite of the pseudonymous nature, it still presents itself as a better option when it comes to moving funds compared to fiat currency (which will soon change). Bitcoin has much larger applications than just being the preferred currency of the criminal kind. Looking at the big picture, it is a small price to pay. But that doesn’t mean the law enforcement agencies are sitting idle, letting the bad guys have a field day.

In Germany, the law enforcement agencies have busted multiple underground economies using bitcoin for illegal purposes. According to an official press release, Frankfurt Prosecutor General’s Office, the Center for Cybercrime Control and Bundeskriminalamt, in association with other international law enforcement agencies have conducted international search operations against the operators and users of five of the Underground Economic Forums. The investigation against these five platforms has resulted in numerous arrests.

The joint operation was conducted by the Center for Cybercrime Control, Bundeskriminalamt, law enforcement agencies of Bosnia and Herzegovina, Switzerland, France, Netherlands, Lithuania, and Russia. The law enforcement agencies involved in the operation against these Underground Economic Forums raided and searched 9 premises located inside Germany and abroad. Large quantities of illegal substances like firearms, drugs, weapons, counterfeit currency, fake identification documents, and stolen data were recovered from these locations during the search. In addition to these illegal substances and contraband, they also found educational material and detailed instruction manuals for committing cyber crimes.

The agencies have arrested a 27-year-old Bosnian national, who also happens to be the main person behind three underground economies. Two Germans, aged 27 and 22 years old, respectively, were among the arrested as well. They were arrested for operating two underground economic platforms. It is estimated that one of the two arrested members has been in this business for about 3 years, A Syrian national has also been arrested for synthesizing amphetamines. The total value of drugs seized during the operation is estimated to be close to 250000 euros.

The Prosecutor’s Office had recently released a press release inviting press and media journalists to a conference which was held earlier today. The media was encouraged to report these arrests to send out a message to other underground economy and deep web marketplace platform operators.

Law enforcement agencies across the world are tightening the screws around illegal deep web marketplaces that sell banned and contraband substances. It is just a matter of time before they start having greater success. Meanwhile, it is not just the operator, even users of such platforms may get into trouble with law and order in case of an investigation. It is advisable to stay away from such platforms and operate within the boundaries of the law.