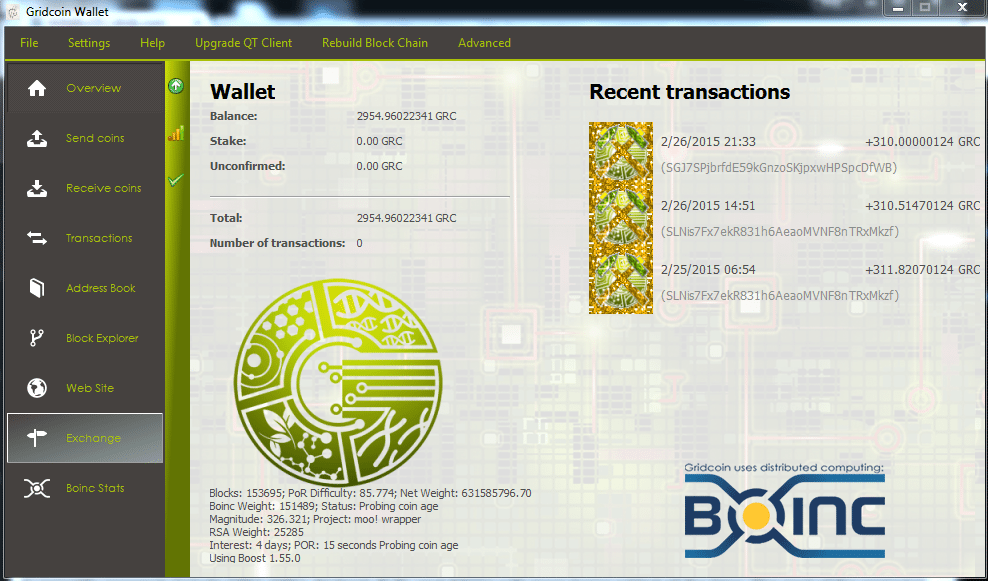 The Digital currency evolution started with bitcoin in 2009, the year when it was first introduced. Bitcoin and other altcoins have since then become a very important part of the world’s economy. The popularity of bitcoin has made digital currency synonymous with finance and fintech sector.

However, the use of digital currency is not confined to fintech anymore. The blockchain technology powering bitcoin is an open source technology which can be used for a wide range of applications. Scientific research is one such area which has gained a lot of attention in the recent days. There are many crypto currencies developed for scientific applications till now, Gridcoin is one such scientific application specific crypto currency.

Gridcoin shares few similarities with FoldingCoin, a cryptocurrency that facilitates protein folding studies. Gridcoin is designed to work with University of California, Berkeley’s BOINC (Berkeley Open Infrastructure for Network Computing) protocol. Gridcoin is a math based digital currency that can be used to reward individuals for their contribution of processing power towards BOINC projects.

Gridcoin is a feature rich cryptocurrency with a strong, dedicated developer community who are responsible for upgrading and maintaining it. Unlike other digital currencies like bitcoin, Gridcoin follows the proof of stake consensus mechanism. In this mechanism, new Gridcoins are minted on a constant yearly compound interest. Also, the number of Gridcoins minted by any individual is proportional to that person’s stake in the community. Proof of BOINC is another feature where researcher’s contributions to individual projects on the platform is kept track of and calculated. Both Proof of BOINC and Proof of Stake are calculated together as Distributed Proof of Research and tracks the overall status of user interaction and contributions to scientific projects in terms of content and processing power which will help reward the individuals who contribute to BOINC.

Like FoldingCoin, Gridcoin can also be exchanged for other digital currencies on selected exchanges.

BitStarz Player Lands $2,459,124 Record Win! Could you be next big winner?
Get 110 USDT Futures Bonus for FREE!
Tags: bitcoinBOINCfoldingcoingridcoinNewsscientific research
Tweet123Share196ShareSend
Win up to $1,000,000 in One Spin at CryptoSlots