IBM Steps beyond Blockchain with Its Commercial Quantum Computing 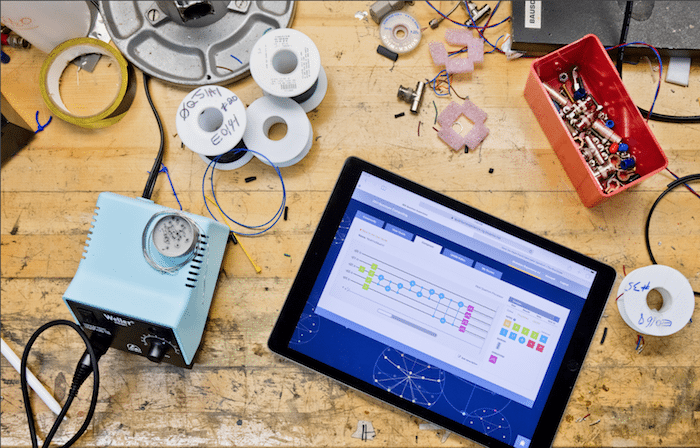 Quantum computers are considered to the future of computing. IBM is one of the of companies that is currently involved in the development of quantum computers. The tech giant has made news by announcing its plans to build the first commercial quantum computing system.

With the recent announcement, IBM has made a name for itself as the provider of some of the disruptive technological solutions. The quantum computing systems and services follow the company’s suite of products in the AI (IBM Watson) and Blockchain segments. Like them, even the quantum computing systems and services will be offered as part of the IBM Cloud Platform under the name “IBM Q”.

As a part of its Quantum Experience, IBM has also announced the release of a new API for its 5-qubit cloud-based quantum computer. Developers, using this API can build interfaces between the quantum and classical computers without possessing specialized, in-depth knowledge of quantum physics.

In the company’s press release, the senior vice-president of Hybrid Cloud and director of IBM Research, Arvind Krishna said,

“IBM has invested over decades to growing the field of quantum computing and we are committed to expanding access to quantum systems and their powerful capabilities for the science and business communities. Following Watson and blockchain, we believe that quantum computing will provide the next powerful set of services delivered via the IBM Cloud platform, and promises to be the next major technology that has the potential to drive a new era of innovation across industries.”

Still in its nascent stages, the announcement made by IBM shows that the quantum computers are now within reach. The far-reaching impact of such a development is to be considered by the cryptocurrency community as well. There have been various occasions where the members of the community have expressed their apprehensions about the cryptographic security of Bitcoin blockchain and capabilities of the quantum computers.

It is believed that quantum computers, once they become accessible can hasten the mining process and may even crack the SHA256 crypto-algorithm currently being used by Bitcoin network. At the same time, some have even suggested a gradual shift to quantum proof cryptographic algorithms to ensure the integrity of the cryptocurrency.

It is time for the Bitcoin/cryptocurrency developer community to keep a close watch on the development of IBM Q and use it as a case study to come up with contingencies, in case what’s feared does indeed becomes a reality.