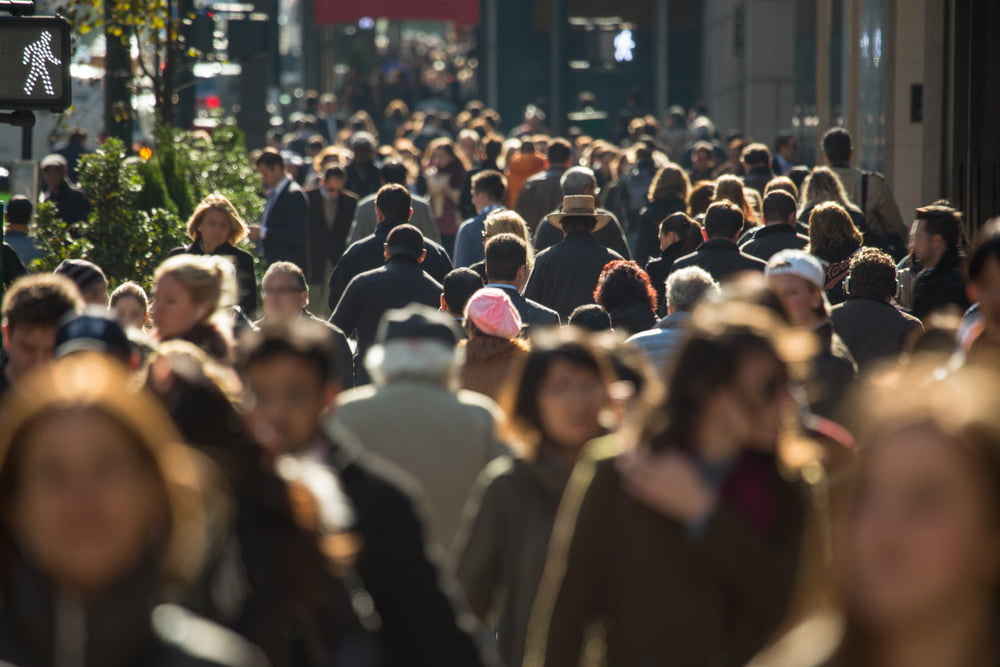 Decentralized exchanges (DEXs) have rapidly become a hot topic in the ongoing crypto bear market. NewsBTC took some time to sit down with Alex Wearn, the chief executive of AuroraDAO, the company by the popular IDEX exchange, to talk about this crypto subsector, mainstream Bitcoin adoption, and this innovation’s long-term prospects when pitted against the U.S. dollar.

A Tell-All With Alex Wearn About Decentralized Crypto Exchanges

NewsBTC: How has the crypto winter affected your team? Has it been hard to innovate?

Alex Wearn: Our vision at Aurora is unchanged by the movements of the crypto market. We see a future where custody is managed by a variety of parties from individuals up to institutions. And in order to trade with one another, they don’t need to give up control of the funds. They are able to control their funds throughout the entire process, from trade execution to settlement through the blockchain. We are trying to develop out our products to meet this need.

In terms of growth, however, this has obviously slowed with the market. We have seen peak volumes in April/May of 2018, and it’s fluctuated in-line with the general market. All things considered, we’re pretty happy about our performance in that we’ve been able to maintain our market share and maintain our presence across the broader industry, despite the crash in Bitcoin.

NewsBTC: There’s been a huge hubbub about DEXs from bigger companies in the space, like Binance. Have you guys been affected by that at all?

Alex: 100%. We are going to compete against centralized exchanges and eventually traditional financial exchanges. The end vision of crypto is to take all these financial assets, turn them into blockchain-based assets, and allow people to trade them. Our plan is to do that through a non-custodial approach. If you want to take Binance Chain/DEX, it looks like a tool of support of Binance Chain for issuance. We see some flaws in the design, I won’t get into those in-depth.

But, there are some things about the design that can ultimately limit adoption and usability. And so we are going to take a bit of a different approach. It would be worth clarifying that we see ourselves not as a DEX. For one, because “DEX”  has a broad range of connotations and implications. Ex. it could be redundant, censorship-resistant, or it could be non-custodial. We’ve got less focus on censorship-resistance and instead want to build the best non-custodial UX possible. So in some ways, we aren’t competing directly with these other DEXs, as they have different values, goals, and things they want to achieve, which is reflected in their technical designs and what products they’re bringing to the market.

NewsBTC: Many of the DEXs in existence are only somewhat decentralized. Is that an issue that can be solved moving forward?

Related Reading: 2019 in Crypto is Year of the DEX: NEO’s Nash to Launch, Main Competitor of Binance?

We look at the fundamental benefit of DEXs compared to centralized exchanges being on the non-custodial property. This means non-custodial for both individuals and institutions, meaning these entities can trade with each other with only private keys. That’s the vision we want to achieve. To do that, however, you need to give up some aspects of decentralization. If you want to use a decentralized network to execute trades and transactions, you will never have the speed, UX performance that is necessary to get the broader adoption of a DEX. And that’s something that is reflected in our design.

NewsBTC: Aurora (IDEX) currently has its product centered on Ethereum? Are you considering going cross-chain/multi-chain in the future?

Alex: Absolutely. We look at a number of reasons to go multi-chain. First, the improvement upside of the underlying chain. So we are actually working on our own internal scaling solution that means that those components/attributes of a blockchain make it so it isn’t compelling to move from chain-to-chain. At that point, we can scale regardless of the underlying chain. Then, questions arise about asset availability and offerings. The ultimate goal is to trade every cryptocurrency via smart contracts, via a non-custodial platform. So we are looking at things that allow for cross-chain interoperability, like Polkadot and Cosmos. We are also looking at EOS, Algorand, Stellar. But it’s more about the assets that are available and customer demand rather than scaling and transactional throughput.

NewsBTC: What do you think of the news about Starbucks potentially accepting Bitcoin?

Alex: I think that any broader adoption is great. But I do worry when we talk about retailers accepting cryptocurrency. There was a big push in 2013 to make Bitcoin a payment mechanism. By and large, it was not successful, either because businesses didn’t see enough demand from customers or due to network inefficiencies (transaction costs, block times). I have personally come to the conclusion that Bitcoin layer one is best to be used as sending large amounts of money between institutions.

And if that’s all that it ever scales to, then that in and of itself could be deemed a success. Even if day-to-day payments are through trusted parties, who are then moving large amounts of money on the Bitcoin mainchain, crypto would still be a success. Layer two solutions are interesting, but they’re in their infancy. Lightning is up and running, but there a lot of drawbacks and shortcomings in the architecture. It remains to be seen what the future holds for Layer 2, Layer 3, and whether they are trusted or trustless. But scaling will be necessary for making Bitcoin at Starbucks feasible.

NewsBTC: What are your thoughts on JPM Coin, FBCoin? Is that something you like in terms of adoption? Or do you not like it due to centralization?

Alex: I like the interest. You can’t deny that having others take a look at this space, and decide that they want to build, develop, and integrate something that addresses a need through cryptocurrency. The big question, especially for FB Coin, is will it be public or private. And will it be open to interaction with other cryptocurrencies? I don’t envy them in terms of making this decision. If it’s public, you will get the support of the crypto community and you will have a higher chance at adoption, but you are open to regulatory scrutiny and potential trouble on that front. Imagine if FBCoin is open, permissionless, and available to 2 billion users, it will be an attractive currency for people doing things that governments don’t want. So I think that the political pressure will force Facebook to do something private. But over time, it could evolve and become a public asset.

But to me, that’s an open question in terms of where that will end up. I think it will be difficult for governments to resist regulating and having oversight over on-chain fiat currencies. Stablecoins right now are controlled through entry and exit points. But in the future, you may not need to exit the system, which will be when governments want to know what these coins are being used for and who are making transactions.

What’s Next For Crypto?

NewsBTC: Do you see a world where traditional fiat isn’t used at all?

Alex: The USD is the best currency we have had so far. There are certainly many flaws with it though. To think that it is infallible is naive. The dollar has only been around in its current form (not based on the Gold Standard) for just less than 50 years. So, to assume that there will never be any issues is just ignoring history and its lessons. But at the same time, it is a good currency for most people in the world. It has relatively low inflation, it is relatively stable, it is accepted nearly everywhere. So in terms of being an Medium of Exchange or Unit of Account, the USD does its job very well there.

Cryptocurrencies have a large task in trying to replace something like the USD. I am excited by a world of alternatives though. It is interesting to see something that gives people choice, as countries used to impose single currencies with no alternatives.

NewsBTC: What are your expectations for this market over 2019? Do you expect the block reward halving to have a positive effect on the price?

Alex: To be honest, I don’t think enough about these things to have a legitimate and formed opinion on such a question. But I can say that we have seen a bit of a turn in terms of users, where things seem to have bottomed at the start of December, which corresponds with things you’ve seen at the macro level. We hope that this continues for sure, as there’s so much activity. One thing I’d like to say is that this feels a lot different than previous bear markets, where in 2014-2015, activity dried up and a lot of the social excitement faded away. In this cycle, you’ve seen more innovation, developers, talent, and a ton of new projects getting online. This time does feel different. There’s simply been a lot of infrastructure being laid, so when the market returns, everything will be more sustainable.

Tags: bitcoincryptoexchangeinterview
TweetShare25
BitStarz Player Lands $2,459,124 Record Win! Could you be next big winner? Win up to $1,000,000 in One Spin at CryptoSlots