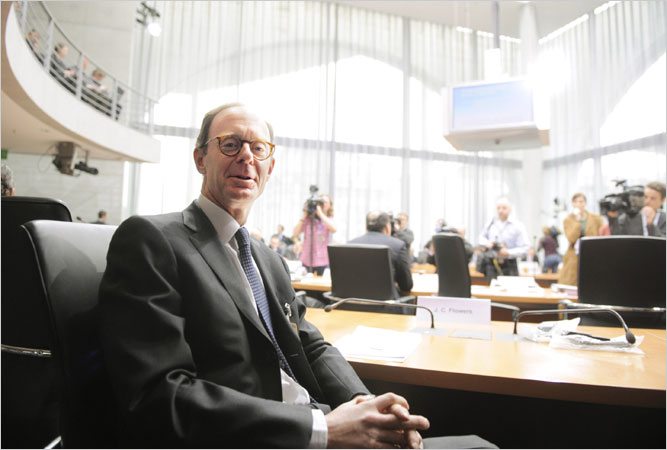 The bitcoin community is hopeful for the digital currency to become the currency of choice across the world in the near future. However, it may not happen anytime soon. To start with, bitcoin has a long way to go both in terms of its adoption or the technical development. Even if it looks a bit farfetched, it will eventually get there.

An old school financial services investor, J. Christopher Flowers has a different take on it. According to him, the fintech revolution what we are seeing around us in the recent days is going to end badly for most startups. While speaking at the Super Return private equity conference held in Berlin, he mentioned that most of the alternative financial services startups are leveraging upon the power of bitcoin to offer their services to those who are not catered by the mainstream banking sector. This may lead to poor lending decisions which may lead to huge losses in the long run due to defaults.

While J. Christopher Flowers puts a lot of trust in the established conventional banking system, he seems to have omitted the fact that banks feel threatened by the growth of bitcoin industry. The banking industry is trying to counter the growth of bitcoin sector by incorporating the very technology used by bitcoin into their operations. Also, the banking sector is not a perfect model. It was proven in the last decade during the recession. Big banks, considered too big to fail either closed their doors or received bailout packages from the Federal Reserve.

In addition, J. Cristopher Flowers also stated that some of these fintech startups are going to be very successful while the rest will fail. He fails to mention anything new that is not already known. There are enough data already available which states that the failure rate is very high in the startup ecosystem. Only about 10 percent of the startups survive out of which 10 percent will be very successful. So, going by the statistics, there is a huge probability of a significant number of fintech startups to fail while a handful of them become highly successful. Referring to the recession, the banking sector has learnt from its mistakes and they are now being careful about the debt they accumulate.

Without a proper process to filter out bad debts, the bitcoin-based new age fintech startups will end up increasing bad loans. The weakening of Chinese yuan and uncertainty associated with the euro can potentially turn the whole scenario into something even worse.

The takeaway of his speech being, bitcoin-based fintech startups have to be more careful about lending and have a proper due diligence in place to minimize risks. Unthinking rapid expansion of such services may otherwise backfire causing huge losses. If bitcoin-based startups offering financial services has to make good on their promise and still make profits, they have to take some of J. Christopher Flowers’ points into consideration and take calculated risks.

Earlier last month, personal financial advisor Tony Robbins in his blog mentioned how bitcoin can be the answer to the financial liberation of mankind in today’s fiat dominated the global economy.