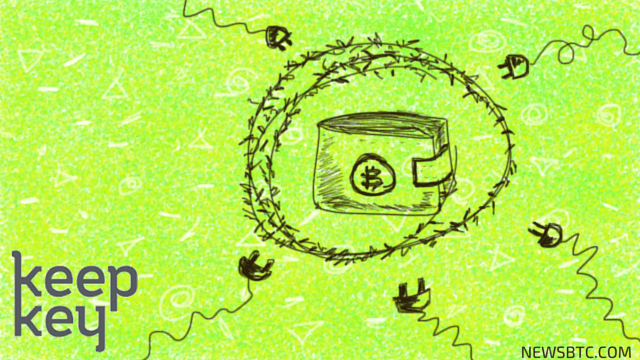 Hackers have been wreaking havoc both within and beyond the Bitcoin community. The number of hacking incidents faced by Bitcoin platforms, banks, companies and other organizations and even individuals stands proof to that. KeepKey, the Bitcoin hardware wallet company has had a taste of it after some of their email and social media accounts got compromised.

On Reddit social platform, a user going by the username “dstanchfield” claiming to be “Darin from KeepKey” has informed the Bitcoin community about the breach. According to KeepKey’s CEO and founder Darin Stanchfield, his email account was first compromised by hackers. Once they gained access to this email account, they seem to have taken over all accounts and services that were associated with it.

Among the compromised accounts include the company’s Twitter handle. In the recent days, Twitter has turned into the main platform for communication between companies and their customers. By gaining control over KeepKey’s account they can potentially trick existing KeepKey users to divulge sensitive information that can compromise the security of their cryptocurrency holdings.

In order to prevent such a scenario from playing out, KeepKey’s Darin has forewarned the community about the loss of control over their official Twitter handle. The company is said to have updated Twitter about the situation and are awaiting their response. His statement on Reddit reads,

“My email tonight was compromised, as well as a few of our accounts with emails that were reset. Our twitter account is not under our control, and we have notified Twitter. We will provide more information as soon as it is available. All customer funds stored on KeepKey devices are safe!”

As per the latest update, KeepKey hasn’t yet regained control over its twitter account and once it does, Darin will be confirming it over GPG. He also stresses upon the safety of the customer’s funds in their respective hardware wallets. More updates are yet to follow as the situation develops.