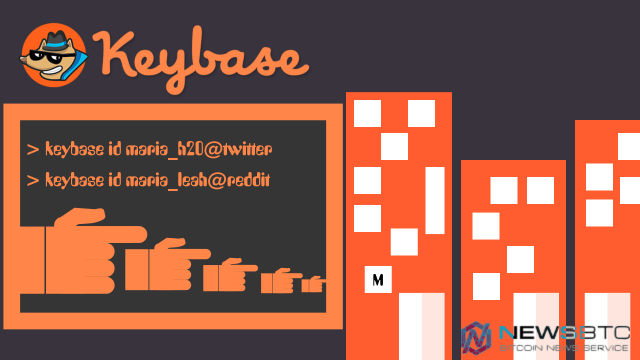 Keybase is a new encrypted cloud storage and file sharing application different from all the other services out there. Digital storage has moved from good old floppy disks, CDs, DVDs, magnetic hard disks to cloud storage. There are lot of players out there offering cloud based file storage services. Some of the big names in cloud based storage systems include Google (with their Google Drive), Microsoft (OneDrive), Apple (iCloud), Dropbox, Box and others.

Using cloud storage services comes with its own advantages in terms of accessibility and flexibility when it comes to storage space requirement. On the downside, there are many security and privacy concerns associated with these services. There have been multiple instances where hackers have accessed files stored on these accounts, well-known being the iCloud celebrity-photo leaks popularly known as ‘Celebgate’ or ‘The Fappening’. There are also apprehensions about how these cloud storage services use consumer data and even files stored on their servers.

Keybase is offering a solution that addresses all these concerns. The free and secure file sharing service is slated to offer encrypted storage using encrypted hash keys. Keybase was founded by Chris Coyne and Maxwell Krohn. Keybase started offering encrypted messaging services before branching out to encrypted storage and file sharing services. Currently in its alpha stage, Keybase offers 10 GB free space for users. Users can create two kinds of folders to store files – public and private servers. The cryptographically secure file mount allows users to create public signed directories on Keybase application at the location – /keybase/public/yourname. All files stored inside this directory can be readily shared with anyone. Similarly, the private files can be stored in a directory named – /keybase/private/yourname. Keybase generates cryptographic public keys for user files which are stored on a merkle tree.

The files saved on Keybase are automatically signed and anyone accessing the shared files will see them as text files (except for images). The static content shared on a public folder can be accessed by anyone by navigating to keybase.pub/public/yourname. However, unlike public folders, private folders can be accessed by those with whom the file owner wants to share it with only after the user adds permissions to share that particular directory with a specific user. Sharing private files will require users to crate and populate a folder using the following structure – /keybase/private/yourname,johndoe (This private folder is shared with John Doe). Users can also share the files with people on social media platforms as well by adding the platform’s name after the person’s name followed by ‘@’ symbol.

Keybase does not sync all the files to shared devices, but works as an on-demand streaming service. Only when a file is requested, the application will pull it for the user (given he/she has required permissions). While the public files are not encrypted, private directories enjoy end to end encryption using NaCl device specific keys. The Keybase servers do not save a copy of the user’s private key, which means, even the servers don’t have a way to peek into the content saved in private folders. Currently, one has to create a paper key for the NaCl key associated with the user account. However, in near future the company will be coming up with applications to generate key pairs automatically for Keybase service.

Keybase makes use of the Bitcoin blockchain for record keeping and version control purposes. All key addition and removal data published on the merkle tree are hashed into the blockchain. By hashing the information on the blockchain, the platform indefinitely preserves signing data while protecting it from any network attacks that may compromise it.

Keybase is on its way to change the way cloud storage services work by offering a secure, private and more efficient service which is free for up to 10 GB usage. The platform is currently available as invite only alpha build. Invites can be obtained by asking for an invite on the website .