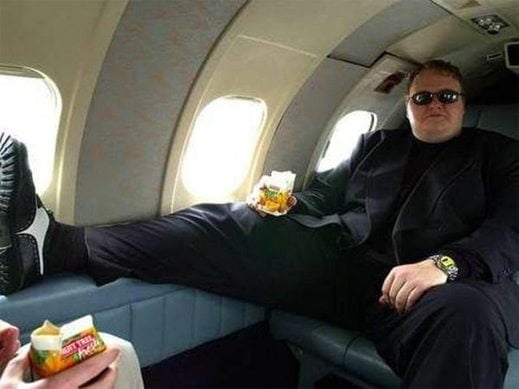 Kim Dotcom’s famed MegaUpload file sharing service is set to make a comeback in a new avatar soon. This time, the new MegaUpload 2.0 will embrace the digital currency revolution by including Bitcoin payment option.

Kim Dotcom, the tech entrepreneur and the founder of ‘Internet Party‘- a political party in New Zealand – has hinted the possibility of Bitcoin payments integration in his upcoming file sharing application earlier this weekend. The announcement was made on his Twitter account which read:

“I can tell you that MegaUpload and Bitcoin had s*x. There is a pregnancy and I have a feeling that the baby will be such a joy.”

Currently in its gestation period, MegaUpload 2.0 is Kim’s third attempt at creating a secure online file sharing platform. His other two successful attempts include the original MegaUpload and MEGA platforms. The original MegaUpload was launched over a decade ago and it was running a successful operation for over 6 years before it caught the attention of the US Department of Justice. In a controversial move, the authorities shut down the service, laid claim on his assets and even sought extradition to the United States, a country which he had never visited.

As a mark of defiance, Kim is expected to relaunch the service on the fifth anniversary of the raid. The new MegaUpload 2.0 is expected to go live on January 20, 2017, according to Kim. The new MegaUpload 2.0 will probably have a similar look and feel as its previous namesake, but with additional features. The inclusion of Bitcoin payments will also prove to be helpful as the conventional payment service providers may not be reliable, and can be easily pursued by the governments to not offer their services or freeze the accounts at any time.

His other file sharing service MEGA, which he sold while contesting the elections in New Zealand was also launched on the anniversary of the raid and seizure of the original MegaUpload site. MEGA was built as a secure cloud storage and file hosting service which was launched on January 19, 2013. The service claims to encrypt all the files locally before uploading them to the cloud to ensure data integrity and security.

According to few reports, MegaUpload 2.0 is expected to offer about 100 GB of free space along with on-the-fly encryption. There is also an indication that many accounts belonging to the original MegaUpload will be restored with premium privileges.

Bitcoin has become a savior for those who find it hard to subscribe to conventional payment services and with MegaUpload 2.0 opting for it, they will be able to ensure uninterrupted service to their customers.