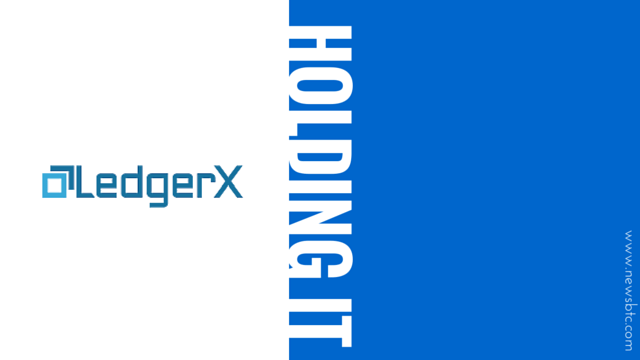 LedgerX, the bitcoin derivative exchange and trading platform started by ex-Wall Street honcho Paul Chou has received a temporary approval from the United States Commodities Futures and Trading Commission. This approval means the company can now have swap execution facilities as part of its operations.

The CTFC approval has been a long awaited one for LedgerX as it had applied for it almost a year ago. Even then, the approval LedgerX received is a temporary one. However, the founder and CEO of the company Paul Chou has stated that they won’t be launching their exchange until they receive all required licenses to run their operations.

LedgerX has been in the works for some time now. It has received support from various quarters. The company is already backed by Google Ventures and LightSpeed Venture Partners. After LedgerX applied for the license with US CFTC, the company’s application was endorsed by other bitcoin based startups like BitPay and Circle during the commenting period.

Even Midas Advisory Group Inc. was among the notable companies which issued comments favoring the Derivative Clearing and Swap Execution Facilities offered by LedgerX. According to the communication from CTFC, the commission will continue with its inquiries into LedgerX’s stated activities during the temporary licensing period and issue an approval only after it is cleared of all the doubts.

The next step for CTFC would be to assess the company’s compliance with the requirements of Commodities Exchange Act and other regulations pertaining to Swap Exchange Facilities and other AML and KYC regulations wherever applicable. The commission may request for more information from LedgerX or if found complaint to all the applicable regulations, then CTFC will issue a full-fledged license to the company.

Going by the current progress, we can expect the whole process to take at least a couple of months before LedgerX can go operational.

Tags: Bitcoin NewsbitpayGoogle VenturesledgerxLinghtSpeed Venture PartnerNewspaul chouStart-ups
TweetShare
BitStarz Player Lands $2,459,124 Record Win! Could you be next big winner? Win up to $1,000,000 in One Spin at CryptoSlots