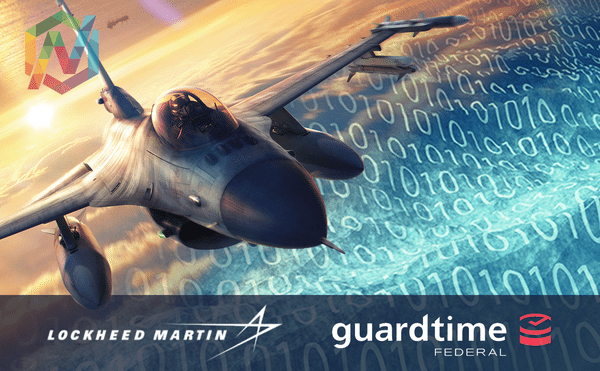 Lockheed Martin, US Defense Contractor to Include Blockchain Tech

Lockheed Martin, the defense and aerospace major, has become the first US defense contractor to embrace cryptocurrency’s underlying blockchain technology. The company announced the new development in its latest blog post.

According to Lockheed Martin, the company has entered into a partnership with Guardtime Federal to make use of their blockchain-based cybersecurity applications which will be integrated into the company’s systems engineering processes, supply chain risk management, and software development efforts.

The companies have already worked together, witnessing the demonstration of GuardTime’s data integrity technology for addressing the threat of manipulation of networked and weapon system embedded cyber-physical systems, said the blog post. The secure communication and operations infrastructure will be enabled by Guardtime Federal’s Black Lantern appliances and Guardtime Federal Core blockchain infrastructure.

The use of distributed ledger along with other technologies in the defense sector is labeled as Cyber Aware Systems Engineering. Both Lockheed Martin as well as Guardtime Federal are working on creating cybersecurity applications for smart weapons systems and possibly even aircrafts. The blog post quotes Ron Bessire, the vice president at Lockheed Martin Aeronautics’ Engineering and Technology saying,

“These new cyber security approaches will enhance data integrity, speed problem discovery and mitigation, and reduce the volume of regression testing, which results in reduced schedule risk. The faster our developers can discover issues, the faster we can deliver. “

The inclusion of Lockheed Martin as one of its clients may not have come as a surprise to Guardtime Federal as it already has working relationships with the Department of Defense and other law enforcement agencies in the United States. The company is already working on creating secure detection and communications solutions for the US National Security market.

As the benefits of distributed ledger technology become well-known, more companies working on sensitive areas of research, development and applications are leaning towards adopting blockchain to meet their cybersecurity, transparency and management needs.

Get 110 USDT Futures Bonus for FREE!
Tags: blockchainblockchain technologyCybersecurityguardtime federallockheed martinNews
TweetShare
BitStarz Player Lands $2,459,124 Record Win! Could you be next big winner? Win up to $1,000,000 in One Spin at CryptoSlots