MaidSafe Decentralizes the Internet, Makes It Safe and Secure 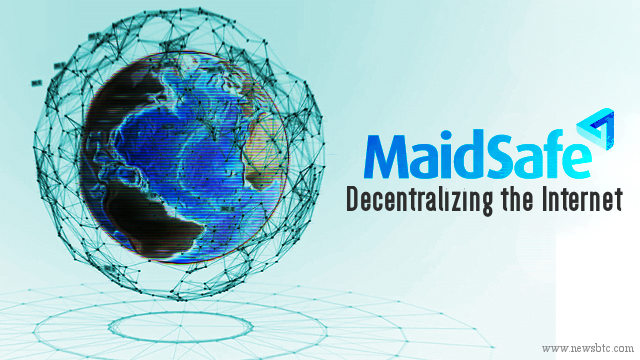 Decentralization has been the theme of Bitcoin and other cryptocurrencies so far. When Bitcoin was first introduced, the concept of decentralization was just confined to the currency transaction. Even though it’s a peer to peer network, where miners contribute their machine’s processing power, it was (and still) is being used only to verify transactions. Apart from verifying the transactions, the same shared processing power can be used for a wide range of applications.

The concept of using shared computer storage and processing power has been around for a long time, even before Satoshi Nakamoto published his white paper on Bitcoin. Torrents have been using the same concept for file sharing, and Berkeley Open Infrastructure for Network Computing (BOINC), an initiative of Berkeley University has been around since 2002. BOINC was originally designed for the Project SETI (Search for Extra Terrestrial Intelligence) and later expanded to include various other research projects in diverse fields. People who are part of the BOINC project volunteer to share their devices’ processing power for research oriented computing. On BOINC network, contributors are rewarded with credits called Cobblestones.

Coming back to more practical, day-to-day scenario, we have something similar which combines the goodness of both BOINC and Torrents to a certain extent. MaidSafe is a Scottish company which has created an open source protocol for decentralized computing. MaidSafe is distributed data management service on what they call as SAFE network, where SAFE stands for “Secure Access for Everyone”.

SAFE network consists of a worldwide network of computers. These computers contribute processing power, storage space and bandwidth to the network. Similar to miners in the Bitcoin ecosystem, they are called farmers. These farmers, for their contributions receive Safecoin. These Safecoins can be used to buy more computing power or storage space on the network.

Users on the network can become farmers by installing an application on their system. They can earn Safecoins when they contribute more resources to the SAFE network than they utilize. Befittingly called the decentralized internet, MaidSafe is the solution for current vulnerable and unreliable internet. By decentralizing the storage and processing power, it creates a perpetually online system where the files stored on the network are split into pieces, encrypted and randomly distributed across the systems that are part of the network. The files can only be accessed in its original form by the SAFE network client on the creator’s device.

MaidSafe can support a wide range of applications including things as simple as blogs, social network, media hosting, to advanced applications like financial tools, medical records management systems and so on. MaidSafe with its secure, versatile platform can revolutionize the internet, by creating a secure global network where all systems are secure and resistant spying by hacking attempts by both criminals and governments.

Tags: appsbitcoindecentralized internetFeaturedMaidsafeOnlineProductsSAFE networkSoftware
TweetShare
BitStarz Player Lands $2,459,124 Record Win! Could you be next big winner? Win up to $1,000,000 in One Spin at CryptoSlots