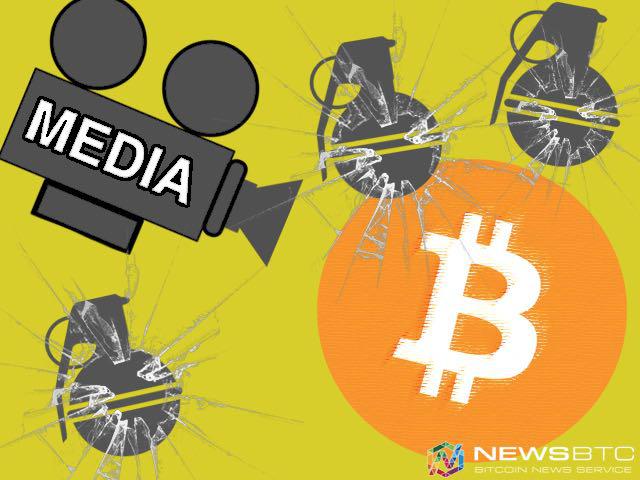 Bitcoin has had its share of bad press, which it continues to attract. The core proposition of Bitcoin has always been about the democratization of financial system and financial independence, free from the influence of banks and governments. But, it took a “Silk Road” to make it popular or infamous, depending on whom one asks.

Mainstream media has the habit of chasing one controversy after another. In their hunt for steamy, clickbait headlines, they have many times reported wrongly without verifying the facts. These very things are responsible for bringing Bitcoin to the attention of masses, but by creating a negative perception among many.

Is the coverage on mainstream media helping Bitcoin? There is no straight answer for that. While it did let the world know about an obscure cryptocurrency which was initially categorized along with various in-game currencies, it also made people think twice before touching it. The negative coverage of Bitcoin and cryptocurrencies in media has hampered its adoption, as many people still believe that it is the currency for buying drugs and weapons. The narrative over the years hasn’t changed much, except for an inclusion of few new questionable activities like money laundering and terrorist financing.

In the recent days, the price of Bitcoin has gone up from a stable $750 to $950 and rising. While there are multiple factors at play here, a similar pattern was witnessed in 2014, days before Mt Gox crashed. Some people have started drawing parallels to the Mt Gox incident and the current price rally. They have gone so far as to even predict the downfall of Bitcoin. But, before they prophesize the cryptocurrency’s demise (which has been done over 100 times so far), they have to consider one simple fact — even back then, automated trading bots led to a considerable increase in demand. At that time, the community was small, but now, the cryptocurrency community has grown big enough and the supply of bitcoin still remains scarce.

A significant portion of the community treats Bitcoin as a long-term investment. As the cryptocurrency holdings of this nature increases, it effectively reduces the number of bitcoins in circulation, which leads to an increase in its value. Given the cryptocurrency’s track record so far, not many will be interested in selling it anytime soon.

Recent articles on few reputed financial publications state that Bitcoin has turned into an overhyped tech stock and it is being used for illicit reasons. There is some truth in those articles, but when considered in entirety, they appear more like a propaganda against the digital currency.

It is true, traders do play an important role in the rise and fall of Bitcoin, for it is the similar principle forex trading is based on. The difference between bitcoin and fiat currency or other commodities is the finite supply of bitcoin and its lack of correlation with other asset classes.

Tags: bitcoinBitcoin Newsblockchain technologymainstream adoptionmediaNewsSilk Road
Tweet123Share196ShareSend
Win up to $1,000,000 in One Spin at CryptoSlots