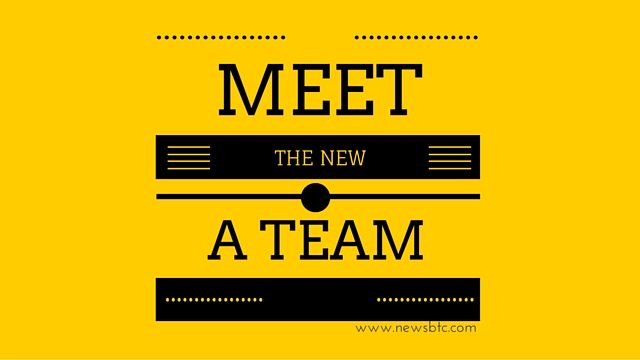 The door to traditional financial service and trading careers are closed to many due to lack of formal education, location or simply life situations. Bitcoin can level the playing field for people who might not otherwise be able to engage in their chosen career path. First Global Credit, a bitcoin company with a head office in Geneva Switzerland is helping pave the way for young, talented traders to showcase their talents through a series of competitions they are running on their trading platform.

The competition which just completed on Friday the 21st of August mirrored a live trading environment where competitors vied against each other to see who could make the largest bitcoin profit. Each trader was given 100 demonstration bitcoins (to be used as collateral margin) to trade over 100 well known stocks. The margin could also be used at the same time to trade in and out of 4 different fiat currencies as well. The players came from locations as far away as Thailand, Australia, Italy, Spain, Chile, Panama, Canada, The United States and the UK. And while quite a few of the players are professional traders, the winners are both self-taught amateurs. All the players share a passion for the thrill of trading and of course, bitcoins.

Aaron Welton, aka Grandad is a 32 year old self-employed computing professional residing in Surrey, UK. Aaron does not have a trading background but he has known about bitcoins since 2013.
“I first found out about bitcoins after reading an article on the Cryptolocker Ransomware that demanded bitcoins as payment. I started reading up on bitcoin and was very intrigued. I became nearly obsessed with the technology and alt communities around it.”

I am based in the UK so I use a service like Bittylicious, I have also done a fair bit of mining over the last 2 years – Bitcoin (antminers) and many other altcoins. (r9 280x x2)

Interviewer: How did you find out about the competition?

I saw a news story about the first competition in December and entered. That was my first time trading anything other than altcoins. I jumped straight in and made some uninformed trades. I did not understand fully what I was doing on the site to start with so made a big loss in the first few days and gave up after a week. But I was very intrigued by trading stocks and wanted to learn more.

Interviewer: What made you want to get involved in the competition?

The prize was an incentive both times I entered. I was disappointed with my performance in the first competition so upon entering the second time I wanted to be prepared. I understood trading Altcoins, I wanted to have the same level of knowledge about stocks and stock trading.

Interviewer: What strategies did you use to do so well in the competition?

Since the last competition I have been studying trading techniques and analysis in my spare time but I had never put anything I had read into practice. The timing of the competition was great for me, we had two 2nd Q reports come out for Facebook and Twitter which I had been following closely that i managed to ride them both and take decent profits. Making sure I knew as much as possible about the stocks I was trading was key and not being too greedy or over trading.

Interviewer: When you start trading the winning account, what are your plans for the profits you will make?

I will be looking to build my bitcoin portfolio and maybe invest in some crowdfunding ventures with bitcoin as there are interesting projects I am keen to invest in later this year.

Barry Goers is a true renaissance man. A 29 year old professional hockey player with the Scranton Penguins, who also holds a degree in Finance from the University of Massachusetts. Barry is socially conscious, coaching young hockey players as well as giving his time in 2013 to teach children in a rural district in Guatemala through the Genesis Program. He continues to work with the program to raise additional funds to help the school grow.

Barry developed an interest in bitcoins back in 2012, when he took his first tentative steps into the field by buying into the currency. He has been hooked ever since carefully following bitcoins buying as many as he could.

When his professional hockey career permits Barry attends bitcoin meetups, but Barry’s life is a busy one. We asked Barry what kinds of strategies he used to trade during the competition.

“I like to use various types of linear regression analysis along with other basic trend indicators to find my trades.  I am not a day trader, but more of a swing/momentum trader.  I look for overbought and oversold opportunities for short term trades that last days to weeks.  There have been many great shorting opportunities in this competition.  In my opinion, a big factor in this trading competition has been a much different outlook for US equities, commodities, and other countries as the global trend is very bearish in my opinion.”

Barry is extremely positive about the future of bitcoins and sees the potential of using them to generate a return. He says, “It is very important that bitcoin has all of the capabilities of other currencies.  Now, people can actually invest with their bitcoin, and really use it to grow their money instead of simply hiding it in a cold wallet or something.”

The prize for the competition is access to a live bitcoin trading account loaded with the capacity to trade 20 bitcoins, at today’s prices this is about 4,600 dollars’ worth of stock. Barry will also be able to generate profits moving the bitcoin prize margin into and out of fiat currencies to take advantage of currency price moves. We asked Barry what were his plans for the profits he makes from his prize account.

“I hope to grow that account as I grew my competition account to make a living as a trader!”

When asked about the future of bitcoin Barry had this to say, “bitcoin is so many things: currency, gold 2.0, a payment system, trust system, public ledger, remittance service, the internet of things, and on and on and on.

What’s extremely fascinating is that bitcoin is so many different things to different people all over the world.  To some, it is a store of value.  For others, it is an excellent way to transfer money into different locations.  The uses are many and I can’t wait to see how bitcoin affects the mainstream.

Personally, I see its biggest use as a store of value because around the world governments are destroying the value of fiat currencies.  bitcoin is one place to try to escape that problem.  Going forward I think the technology underlying bitcoin will be used by countries, institutions, and companies around the world.  The Blockchain Technology is another protocol for the Internet, and like the Internet it will be everywhere.”

Starting next week, our bitcoin trading A-Team duo Barry and Aaron will be trading their prize accounts. Watch the FGC blog to find out how they are doing.

Writer’s note: Several other traders in the top 10 have participated in interviews. The interviews will be posted later this week.

Tags: Bitcoin Newsbitcoin tradingFeaturedFGCtrading competition
Tweet123Share196ShareSend
BitStarz Player Lands $2,459,124 Record Win! Could you be next big winner? Win up to $1,000,000 in One Spin at CryptoSlots