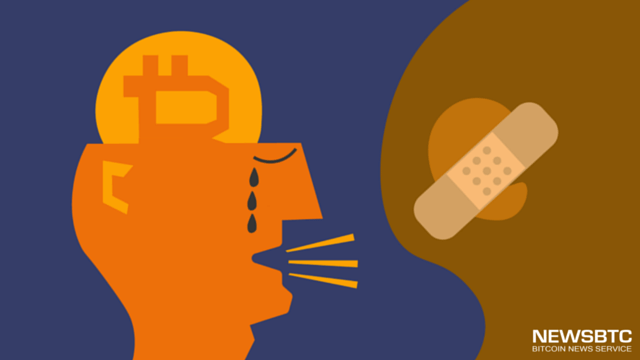 Mike Hearn, former Bitcoin Core developer and the main person behind Bitcoin XT along with Gavin Andresen has made it to the headlines of almost all major tech, business and cryptocurrency news publications out there. It all happened after he wrote a blog announcing his departure from the Bitcoin domain.

In his blog, Mike has explained the reasons behind his dissatisfaction with Bitcoin. According to him, the Bitcoin network is currently in a a lot of trouble and it may even be beyond repair. He believes that Bitcoin has now become a failed experiment and he has washed his hands of it by selling all his bitcoin. However, not everyone thinks Mike Hearn is right.

Erik Vorhees, the founder of leading cryptocurrency exchange ShapeShift in his reaction to Mike’s blog post tweeted – “Just as loss of man who wrote classic literature doesn’t mean death of the English language, nor does loss of Hearn imply death of Bitcoin.”

Similarly, other ardent followers and believers of Bitcoin extended their support to the network and downplayed Mike Hearn’s prediction on Twitter. Among them are the likes of Andreas Antonopoulos and more. While Andreas Antonopoulos’ responded by tweeting “I disagree with Mike Hearn’s analysis and concerns (see LTB show next week). I thank him for all his work and wish him all the best. Onwards” and his subsequent tweets showed some indication of him agreeing with a few points made by Mike Hearn in his blog bidding adieu to Bitcoin. Andreas seemed to agree that there are issues with Bitcoin governance and he believes that it can be fixed by concentrating more on the engineering aspect of the digital currency protocol.

Few other Bitcoin community members extending support to the digital currency on twitter includes Travis Patron who agrees to an extent with Mike Hearn, but he is sure that what bitcoin is experiencing is ‘growth pains’ which is like the lag phase in bacterial growth kinetics. If we go with the bacterial growth curve, then what follows the lag phase is exponential growth, driving the graph all the way up before stabilizing.

But Mike Hearn’s revelation didn’t go without incident. Since he published the blog post, bitcoin suffered a huge dip in its value, losing close to $80.00 before showing some signs of recovery earlier today to reach $370.00. Before his article, the value of bitcoin was hovering over the $430.00 mark.

If Not Bitcoin XT, then Bitcoin Classic it is!

Some members of the Bitcoin community now look at Mike Hearn as a villain. His post is believed to be a reaction to the failure of Bitcoin XT also known as BIP-101. But, even while ending his ties with Bitcoin, Mike seems to have done it a huge favor. His revelations and departure from the digital currency shook the Bitcoin governance and mining communities. There are now talks of a new Bitcoin Improvement Proposal (BIP) called Bitcoin Classic which is garnering a lot of support.

Many Bitcoin mining pools including the Chinese ones like F2Pool have expressed their support to hard-fork the blockchain and increase the block size to 2 MB, known as Bitcoin Classic. Bitcoin Classic has already gained 72 percent of the required 75 percent consensus from the network.

While we don‘t want to comment on whether Mike Hearn left Bitcoin behind for good or bad, his departure is responsible for creating enough momentum in the Bitcoin community to get the ball rolling in the block size department.

Tags: bitcoinbitcoin classicBitcoin NewsBitcoin XTblockchainblockchain technologyMike HearnNews
Tweet123Share196ShareSend
BitStarz Player Lands $2,459,124 Record Win! Could you be next big winner? Win up to $1,000,000 in One Spin at CryptoSlots