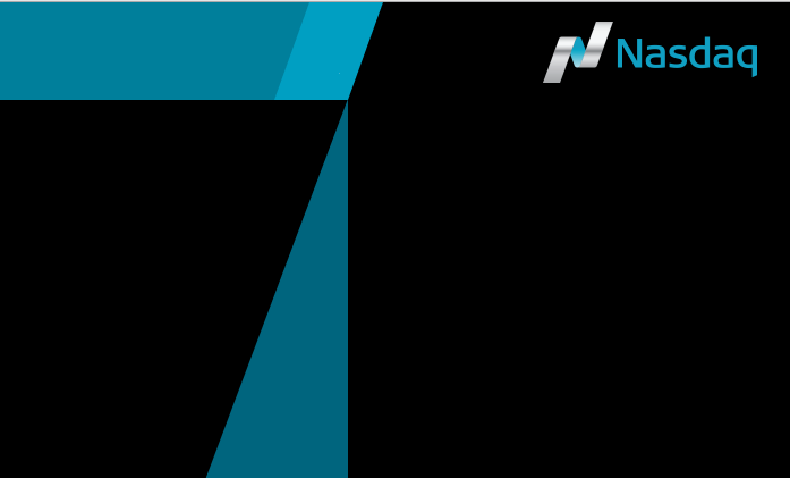 Nasdaq CEO Robert Greifeld, in his recent comment, has mentioned that the bitcoin blockchain may not be the ideal system to be implemented for the automated trade settlement system.

In an interview given to the Wall Street Journal, Robert expressed his concerns with Bitcoin’s inability to handle more than 10 transactions per second, which is a lot less than what the activity on an average trading day looks like. Nasdaq is reported to handle millions of transaction per second during the trading hours, making it not feasible to use bitcoin blockchain to create trade settlement systems. He mentioned that the blockchain, in its current form can be used in the transactions side of the trading system when the trading activity and trade volumes are less and the orders have more dimensions.

Nasdaq is one of the handful of stock exchanges to explore the use of blockchain technology in its trading operations. The blockchain technology, as a part of the trial was included in the Nasdaq Private Market last year. A small trade, carried as a part of the test run was completed within 10 minutes. The whole trade process, which includes trading, settlement and clearance followed by fund transfer which usually takes place over a period of three days was finished in 10 minutes. Robert Greifeld is not contesting that the blockchain is not without benefits, but stating only the facts about its current limitations and if the technologists and developers can find a solution to scale up the capacity of blockchain to process more trades, then it can become a mainstream trade execution and settlement system for Nasdaq and other stock markets.

While Nasdaq deals with its blockchain solution for trade execution and settlements, there are other exchanges like the Australian Securities Exchange and the Sydney Stock Exchange, which are also adopting the distributed ledger technology. Australian Securities Exchange is working with Digital Asset Holdings, a blockchain solutions firm headed by Blythe Masters to upgrade their entire trade settlement system with an Ethereum based solution. Sydney Stock Exchange can be expected to follow the suit.

Blockchain technology has already proven to be a versatile solution which can be used across industries. But without certain improvements, the technology may not be able to meet all the requirements of every industry, leaving behind a lot of unfulfilled expectations.

Get 110 USDT Futures Bonus for FREE!
Tags: ASXautomated settlementsbitcoinBitcoin Newsblockchainblockchain technologyNASDAQNewssydneytrading
Tweet123Share196ShareSend
BitStarz Player Lands $2,459,124 Record Win! Could you be next big winner? Win up to $1,000,000 in One Spin at CryptoSlots