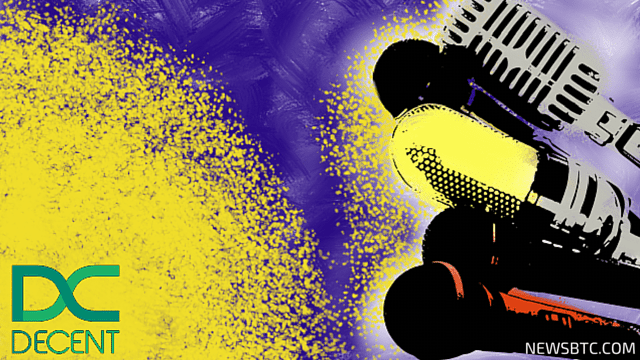 We at NewsBTC are all about decentralization. Unfortunately, we have been forced to rely on centralized publishing technology and models, with projects like the meshnet still in nascent form. We believe that will soon change, thanks to a plethora of new technologies on the horizon, and are preparing to embrace the future by working together with these new players in the business.

It’s with that in mind that we’ve decided to partner with DECENT. They’re building a decentralized network for media content publishers, designed to prevent censorship, protect intellectual property and cut out the middle man. Using blockchain technology, it could become the Bitcoin of article distribution, including Bitcoin news.

DECENT is based on Tribler, an open source file sharing program backwards-compatible with the BitTorrent protocol. Computers running the client form a decentralized peer-to-peer network for multimedia distribution. Although it would currently still rely on the centralized communications network managed by internet server providers, no central server is required, and layered encryption between nodes can help safeguard privacy.

Tribler does this using torrents, which keep track of where files are stored in the network, AKA “seeders.” The problem for artists is that torrents cannot keep track of a work’s original author; anyone can make a new torrent file for an image, movie or song, and claim that they uploaded it, first. There is no ultimate record of torrent files.

DECENT is making some tweaks and adding blockchain technology to the package, although they’ve not yet stated which one. It notes who has uploaded content to the network and forever brands him or her as its owner. Media files on the network are encrypted, and if they are intended for sale, the keys are given only to those who’ve purchased them.

These transactions are conducted via DECENT’s native cryptocurrency, which has not yet been revealed. They will be initially sold by the DECENT foundation to recoup development and marketing costs; thereafter, they are mined via proof-of-stake. All transactions require a tiny fee (like Bitcoin’s), which–in addition to preventing spam–serves to reward people whose nodes store the encrypted files, which would be unusable to them.

As part of our partnership with DECENT, NewsBTC is committed to using this technology as soon as it becomes available. Written articles would be accessed via microtransactions, collecting a small tip from each reader. More in-depth technical analysis, webinars, and advanced products could also be made available for sale. NewsBTC will also cover the latest news about DECENT until and after its launch, making it an official partner and their crypto news outlet of choice.

NewsBTC hopes this partnership will push its brand and franchise to new heights, and cement its place as a premier information outlet. We look forward to its launch, and will update readers with more details about DECENT as soon as they become available. Their white paper is public (although still being edited), and an alpha version circulating internally.

Tags: bitcoinblockchainblockchain technologycryptocurrencyDECENTdecentralizationnetworkNewsp2ppublishing
TweetShare
BitStarz Player Lands $2,459,124 Record Win! Could you be next big winner? Win up to $1,000,000 in One Spin at CryptoSlots