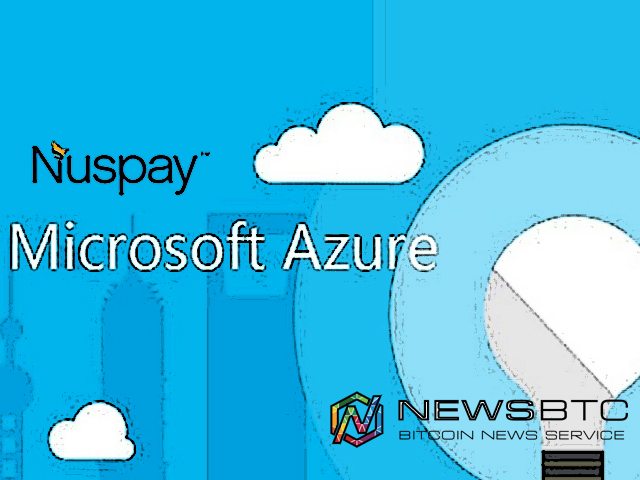 Nuspay, the California-based fintech company offering tokenized global digital and cryptocurrency payment network has announced that it will be opting for Microsoft’s Azure cloud services for its Next Generation Digital Currency Platform.

According to Nuspay, the company has zeroed in on Microsoft’s Azure services for its ability to ensure reliability, scalability, security and stability in its cloud computing services.

The announcement, however, doesn’t come as a surprise for Microsoft Azure, as the service has already gained maximum adoption in digital currency sector. Just recently, a blockchain based fintech company R3 entered into a partnership with Microsoft to implement its blockchain technology over the company’s cloud platform. As a part of this agreement, all the banks involved in the blockchain consortium will be using Microsoft Azure cloud services to run the blockchain solution developed by R3 and its technology partners.

Nuspay will similarly be integrating the Azure services into its proprietary digital Currency cryptocurrency ecosystem. This platform, as confirmed in the company’s blogpost, will offer digital currency services to governments and financial institutions. The company meanwhile will also utilize Azure in supporting its soon-to-launch international digital currency exchanges in Singapore and Caribbean.

In the company’s press release, the Chief Executive Officer and Chairman, Greg A Wooten was quoted saying –

“We selected Microsoft based on its reliability, scalability, security and environmental sustainability. It’s cloud infrastructure has over a million servers hosted in 100+ globally distributed datacenters with the ability to process over 1.5 million network transaction requests per second. Nuspay needed the ability to reassure its customers, clients and strategic partners that our centralized digital platform has its roots firmly imbedded in a world class cloud infrastructure that had the ability to go to the moon and back if needed. Utilizing Azure allows us to focus on our global growth without having to be concerned about our infrastructure”.

Cloud infrastructure can be easily expanded or reduced depending upon the requirements, which makes it easier for companies to scale up or scale down without having to think about adding new servers or data centers to support the changing the requirements.

Microsoft has grown from being a software company dealing with operating systems to an internet company. Currently, the company offers over 200 different services. Some of the notable internet services provided by Microsoft includes Outlook email service, Bing search engine, MSN, Office 365, Skype, OneDrive cloud storage, Xbox like and more. In addition to these cloud services, the company has a whole range of software for individual, business and enterprise users.

We have reached out to Nuspay regarding the evaluation process that went behind the selection of Microsoft Azure among a lot of other similar cloud service providers. The article will be updated as soon as we receive a response.