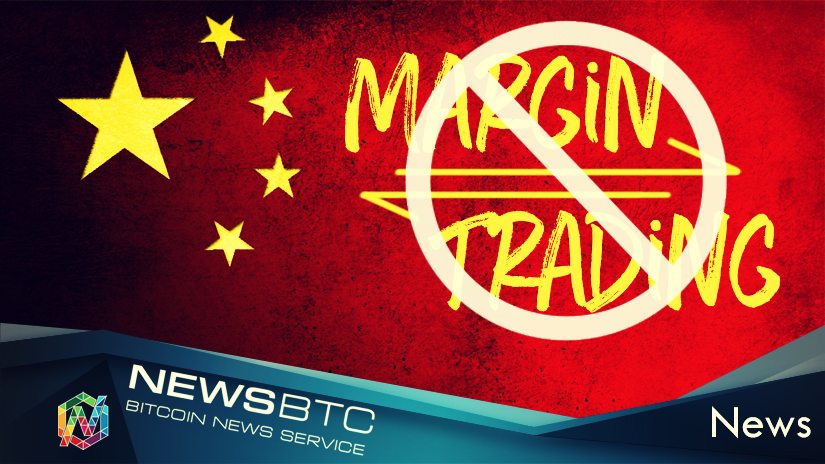 The Chinese Bitcoin exchanges are making significant changes to their service offering. These changes follow a recent inspection of cryptocurrency platforms carried out by the People’s Bank of China (PBOC).

The latest announcement of such a change comes from OKCoin. In its most recent post, the platform has announced the suspension of margin trading service. The platform’s decision follows the requirements stated by the country’s regulators.

With the suspension of margin trading and borrowing services, OKPay has also decided not to recover the outstanding loans forcibly. However, it welcomes borrowers to settle the debts voluntarily. Once they pay the debts, users will not be able to apply for any new loans.

The regulatory authorities responsible for the inspection and newly-stated requirements include the Shanghai branch of PBOC along with Shanghai Financial Affairs Office and other government agencies. During the investigation, the authorities found few practices to be against the interest of Bitcoin investors and traders. The margin and leveraged trading option is one such feature which combined with the volatile nature of Bitcoin could turn out to be disastrous to few traders.

OKCoin’s complete stop on margin trading comes after the platform decided to reduce the leverage to 1x a few days ago. Also, OKCoin is not the only cryptocurrency to introduce changes. Within minutes of announcing the discontinuation of margin trading, Huobi also made a similar announcement.

Huobi’s notice states that the company, in compliance with the regulatory requirements has stopped offering the leverage option. Those who have already opted for the service and used the corresponding amount won’t be able to renew them.

By putting an end to lending services on Bitcoin platforms, the regulatory bodies believe that they could minimize investor losses. Traders will stop themselves from trading more than they can afford to lose owing to market volatility.

So far, the regulatory bodies have focused on minimizing the risks associated with bitcoin trading in the country. Few platforms are expected to start charging trading fees in the coming days. It will not only allow the digital currency platforms to recover a portion of lost revenues from leveraged trading, but it will also minimize high-frequency trades and in turn Bitcoin’s volatility.

Tags: bitcoinBitcoin NewschinahuobiNewsokcoin
TweetShare
BitStarz Player Lands $2,459,124 Record Win! Could you be next big winner? Win up to $1,000,000 in One Spin at CryptoSlots