OKWave Enters Into a Strategic Partnership with Breadwallet 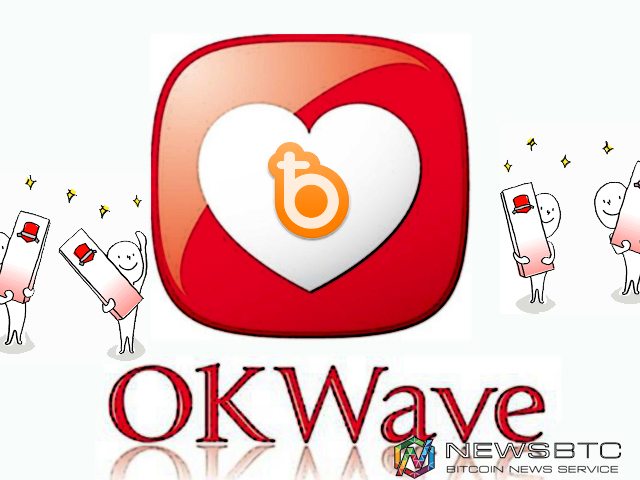 The Japanese version of Yahoo Answers , OKWave has announced a partnership with Breadwallet, the San Francisco-based bitcoin company. According to the company’s press release, the collaboration between two entities will allow OKWave to offer bitcoin services on the platform.

The integration of secure Breadwallet Bitcoin wallet application into OKWave platform will allow users on the platform to conduct bitcoin transactions. The partnership between both the companies in not only limited to integration of Breadwallet services but also includes a ‘capital alliance agreement’ where a portion of the newly created third party shares of the company will be allocated to the Bitcoin service provider.

The strategic partnership between the two businesses comes at the time when the digital currency usage patterns in the country are increasing. The partnership was welcomed by the Founder and President of Breadwallet Inc., Adam Traidman. He was quoted by the Japanese company saying –

“We are very pleased to enter into a strategic partnership with OKWAVE to help enhance the use of bitcoin on the OKWAVE.JP website. By leveraging upon Breadwallet’s ease of use and security, we can together help bring benefits to users of OKWAVE and bitcoin within Japan and beyond.”

The move to include bitcoin into the platform has been appreciated by many from the country’s Bitcoin ecosystem. Fujimoto Mai, the representative Director of Miss Bitcoin Japan, was one of the well-known personalities from the Japanese Bitcoin community to voice her appreciation.

The micro transactions capability presented by Bitcoin makes it ideal for people to tip others on OKWave. ChangeTip has already presented a successful model for Bitcoin tipping, which can be included into any platform. The Breadwallet collaboration is expected to drive OKWave to add a similar feature on its platform.

Unlike tipping people with points, Bitcoin tipping offers a real monetary incentive. Bitcoin tips received can be directly spent on goods and services at places that accept bitcoin payments. The digital currency can also be exchanged for fiat currency at various Bitcoin exchanges.

It is the golden age of digital currency in Japan now. With the government recognizing bitcoin on par with other fiat currencies, we can expect the digital currency to become a default mode of payment along with fiat currency. People are embracing digital currency faster than expected. Many individuals and businesses have created their own crypto-tokens for promotional purposes.

The collaboration between OKWave and Breadwallet will help in further expanding the bitcoin community by promoting bitcoin usage among the platform’s huge user base.