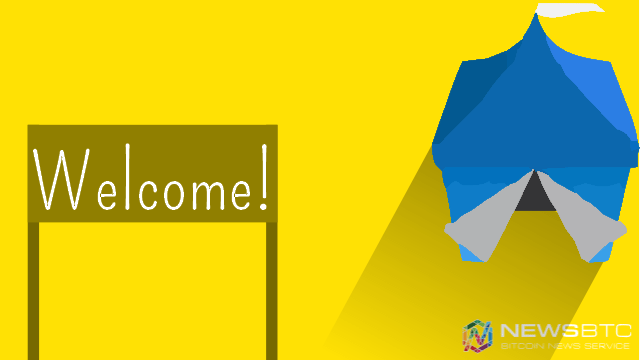 OpenBazaar, the decentralized online marketplace will soon be out as a beta release. The much-awaited bitcoin marketplace will be out in the public during the upcoming d10e Conference at Amsterdam next week. The preview of OpenBazaar is out on Youtube. Chris Pacia, one of the contributors of OpenBazaar has uploaded the video where he shows how the desktop client works. Chris has posted the desktop video grab of his Ubuntu machine while operating OpenBazaar desktop client.

A view of OpenBazaar’s desktop client

According to the video, the application is available in multiple languages. In order to use OpenBazaar, users have to download and install a desktop client. Installation of the desktop client is a fairly simple procedure with clear instructions directing the user at each step. Like what the application says, the platform can be best explained as a recipe containing just the right proportions of eBay, BitTorrent and Twitter. While signing up, users are required to declare their preferred currency along with Bitcoin, which is the main operating currency of the platform. The user’s OpenBazaar profile will include name, OpenBazaar handle (similar to twitter handle followed by ‘@’ symbol). The application comes with personalization options like the familiar operating systems, where people can select a theme of their choice to make the desktop client suit their tastes. The theme can be further customized by changing colors, adding cover image and more.

One can choose to be a seller on the platform or just use it as a buyer. Making purchases on OpenBazaar is as simple as buying something from any e-commerce store. However, unlike other regular online stores, Bitcoin is the main currency on OpenBazaar. For those who are concerned about sending their bitcoin to an unknown seller without knowing whether they will receive the product or not, there is an escrow option. The escrow option on OpenBazaar is known as moderated payments. By using moderated payments, users will entrust a third party (moderator) to act as an escrow. The moderator will ensure the merchant receives the payment only after the goods are delivered to the recipient. However, in the case of any dispute, the moderator will resolve it at a cost. The cost of resolution of any payment dispute is 1 percent of the transaction value in dispute.

Once the user enters his bitcoin wallet address and confirms the payment, the price of the product will be deducted from the bitcoin balance and sent to the moderator or buyer depending upon the chosen payment option. Orders are processed within a stipulated period of time. Buyers can start a discussion with the buyer on the platform itself. The discussion tab on the OpenBazaar client allows instant messaging between buyers and sellers.

Deemed by some as the next Silk Road of Bitcoin, OpenBazaar is one of the promising Bitcoin startups at the moment. The platform has some of the well-known investors on board. It recently received $1 million in funding from Union Square Ventures and Andreessen Horowitz. The project was born in a Bitcoin Hackathon held at Toronto two years ago. The initial project was called DarkMarket which was later forked to create OpenBazaar which was actively developed by a team of developers and it is an open source project with MIT License.

Once the much-awaited platform is launched, we can expect more people using bitcoin as the mainstream currency for online purchases. It will also empower anyone and everyone to create and sell their products on the platform. We look forward to the release as we keep track of developments in the project.

BitStarz Player Lands $2,459,124 Record Win! Could you be next big winner?
Get 110 USDT Futures Bonus for FREE!
Tags: beta launchbitcoinBitcoin NewsBlockchain Technologychris paciahackathonmarketplaceNewsOpenBazaarProductsSilk Road
Tweet123Share196ShareSend
Win up to $1,000,000 in One Spin at CryptoSlots