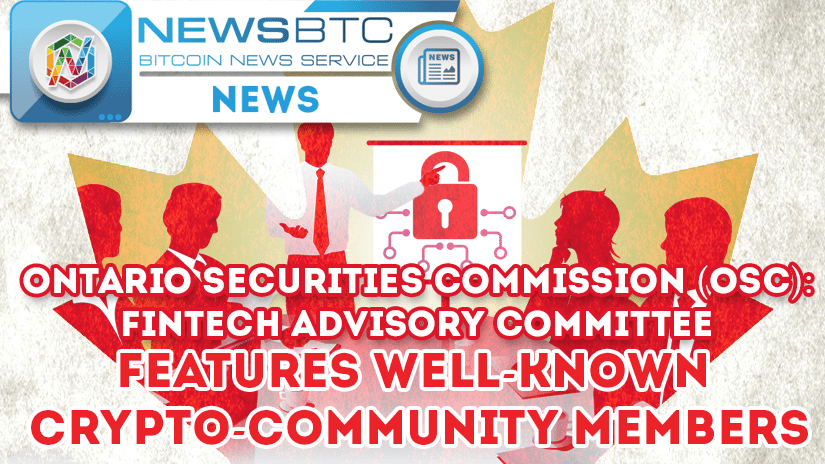 Blockchain technology is gradually becoming synonymous with financial technology. As the demand for distributed ledger related applications in banking and financial industry increases, the financial regulatory bodies are preparing themselves to accommodate such transition. The Ontario Securities Commission, in its effort to facilitate the use of new fintech solutions, has announced the formation of a Fintech Advisory Committee.

The regulatory body has announced the list of selected Fintech Advisory Committee members in its recent press release. It also included a statement from the Chief of OSC Launchpad, Pat Chaukos.

She was quoted saying,

“We had an overwhelming interest in the FAC. These individuals have direct business experience with fintech innovation and in-depth knowledge of the issues faced by firms navigating securities law requirements. Their insight will help us as we apply key learnings from OSC LaunchPad more broadly to modernize regulation.”

The Fintech Advisory Committee has 16 members, all serving one-year terms. They will be meeting once every three months to discuss the progress, existing challenges and future outlook of fintech in mainstream economy and finance.

It is worth noticing that some of the committee members are closely associated with cryptocurrency and blockchain companies. Their insight will prove to be valuable at the time when blockchain companies are increasingly working with conventional banking and financial institutions to set up distributed ledger based processes for them. Also, they will be in the right position to educate and guide the lawmakers through various nitty-gritties of Bitcoin and blockchain technology.

Working with government agencies is a two-way street. While the government works on framing appropriate laws for the sector, the companies stand to learn about government’s expectations and the limitations of existing regulations. It will encourage both parties to work in tandem to ensure a smooth transition into the new fintech era.

Tags: bitcoinblockchainblockchain technologycanadafintech advisory committeeNewsosc
TweetShare
BitStarz Player Lands $2,459,124 Record Win! Could you be next big winner? Win up to $1,000,000 in One Spin at CryptoSlots