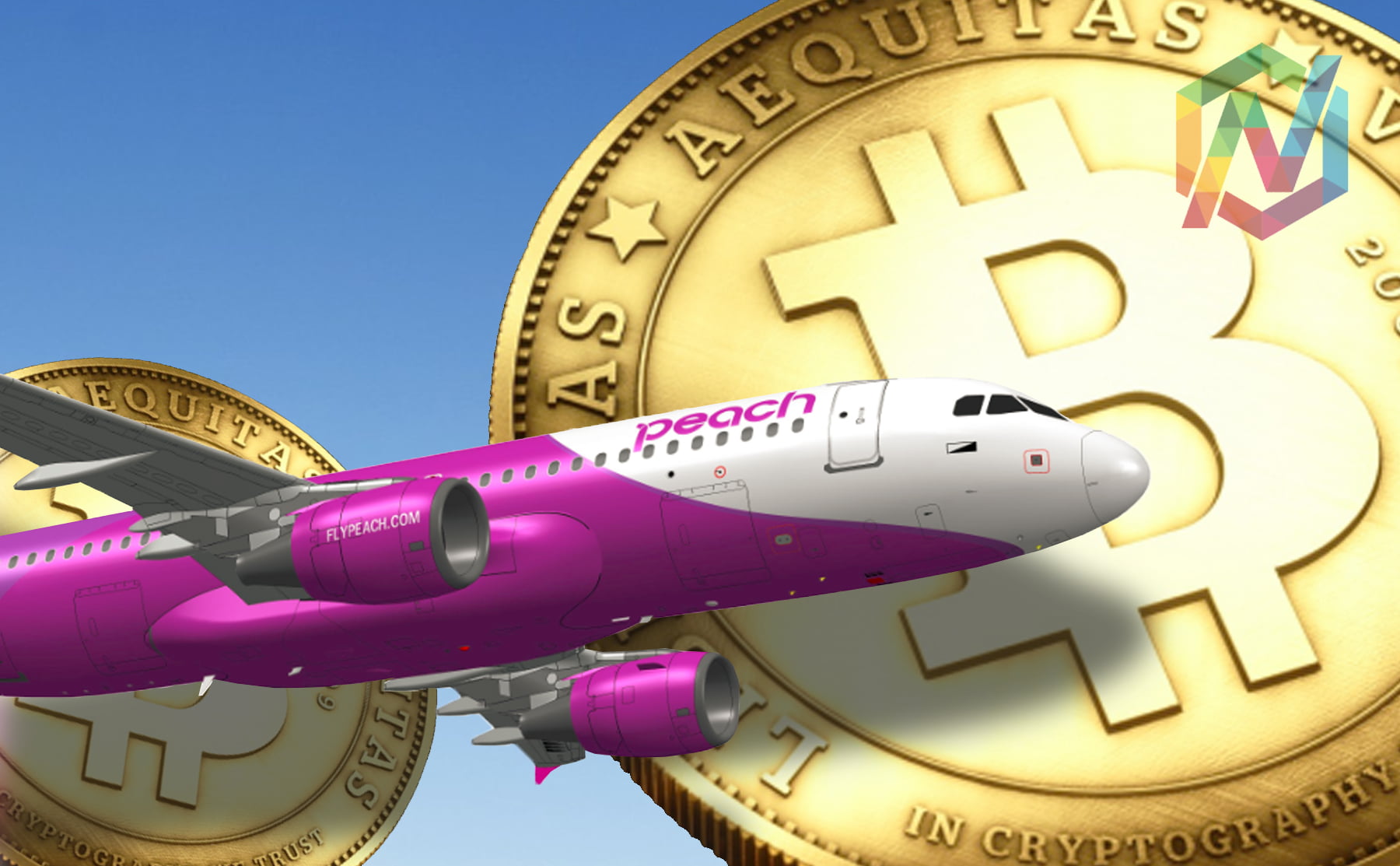 Japan recently conferred Bitcoin with a legal status, making it one among a handful of cryptocurrency-friendly nations. The new-found status has turned Bitcoin into one of the most sought-after payment mediums in the country, resulting in increased demand and trade volumes. As more people start using Bitcoin for the exchange of value, Peach Aviation Limited, a leading airline in the country has decided to open its doors for such travelers.

According to recent reports, Peach currently holds the distinction of being the first Japanese carrier to accept Bitcoin payment. However, the new payment option is not available right away to its customers, as the airline intends to introduce it sometime later this year.

Peach Aviation believes that its move to accept payment for bookings in Bitcoin will encourage more tourists from other parts of Asia towards Japan. The Chief Executive Officer of Peach, Shinichi Inoue was quoted by one of the leading business publications saying,

“We want to encourage visitors from overseas and the revitalization of Japan’s regions. This is a real first step in partnerships for Japan and we are aiming for more company and service tie-ups.”

Asia has an active Bitcoin community, with many people in China, Japan, Philippines and other places using cryptocurrencies for trading, remittance, and other purposes. By offering an option to pay with Bitcoin, Peach is presenting itself as an attractive option to this particular section of the population. Meanwhile, the rising value of Bitcoin and other cryptocurrencies could play a major role in encouraging the cryptocurrency community to spend these gains on travel and vacation.

Apart from Peach, other airlines accepting cryptocurrency payments includes AirBaltic — a Latvian airline and Universal Air Travel Plan, which announced the new payment option in association with Bitnet in 2015.

The trend is expected to catch up with other players in the aviation industry across the globe as the use of Bitcoin continues to grow around the world. Bitcoin is already considered as a universal currency, ideal for tourists and this changing trend will benefit both carriers and travelers alike.