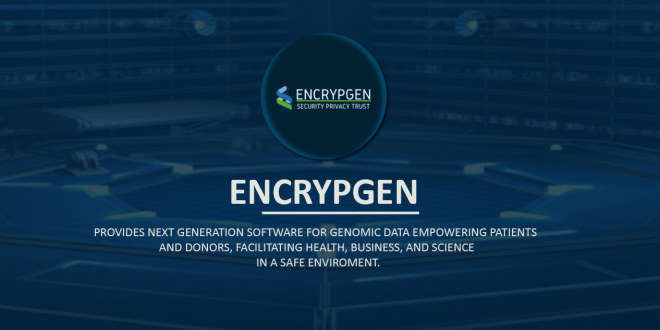 A blockchain project aiming to push the perimeters of ownership and protection of genomics data has raised around $824,000 in an ongoing ICO round.

Gene-Chain, as the project is titled, demonstrates a blockchain which a) secures personal genomic data from cloud breaches, and b) enables the sharing of genomic data among researchers and medical practitioners.

The project founds its roots in the workings of Dr. David Koepsell, a philosopher whose book Who Owns You became an important tool in a lawsuit against Myriad Corporation, an organization notoriously known for its attempts to patent the BRCA genes. Dr. Koepsell had argued against Myriad’s rights to use patents on the genomic data it doesn’t own, or invent — data which practically belongs the people themselves.

After Myriad losing the lawsuit, Dr. Koepsell and his long-time confederate and partner, Dr. Vanessa Gonzalez, founded Encrypgen LLC, which was later to become the first organization that ensures the security and privacy of people’s personal genomic data using a distributed database technology we know as the blockchain.

Down the road, Encrypgen developed Gene-Chain for genomic data protection and permissible data extraction. The blockchain proposes to offer individuals an alternative to store and secure their genomic data from prying eyes, while at the same time, it gives scientists the opportunity to access the genomic metadata after receiving permission from the donor. Gene-Chain can also enable value transfers — with respect to the terms between researchers and donors — thanks to the immense transaction possibilities blockchain brings (read Bitcoin).

In order to maximize the productivity of such an ambitious project, Encrypgen had decided to attract investments from the public in the form of an Initial Coin Offering. That being said, Encrypgen is selling the 80% of its 100 million shares; these shares are represented by a digital token called Gene-Chain coin.

The organization has set a goal to raise an initial sum of 1,000 Bitcoins. For the period of the ICO, which ends on July the 18th, the amount of Gene-Chain tokens a Bitcoin can buy will decrease by 5% every week. At the press time, 64,000 Gene-Chain Tokens cost 1 BTC. Early investors can evidently occupy more stakes into the Gene-Chain project.

The wallets for the tokens will be distributed as soon as the token sale is finished.