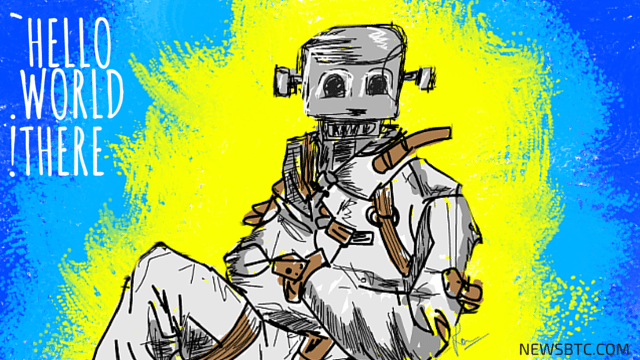 The Random Darknet Shopper Is Back Scouring the Deep Web

All purchases made by Random Darknet Shopper are made part of !Mediengruppe Bitnik’s exhibition. The articles that were on display last year at the exhibition held in Kunst Halle St. Gallen were composed of a diverse variety of merchandise including ecstasy pills and contraband cigarettes.

While the exhibition received good reception, things didn’t go well for either the bot or its creators. The “Yellow Twitter” pills made of pure MDMA were confiscated by the St. Gallen public prosecutor’s office, along with the Random Darknet Shopper and other articles the bot bought on the deep web. The bot and its creators were threatened with prosecution; however, the prosecutor decided to drop charges and released the bot after keeping it for about 3 months in their custody.

Now, the bot is back in business. It has been on its mission inside the deep web for a few weeks now; according to reports, the Random Darknet Shopper has already bought a handful of items, which !Mediengruppe Bitnik is currently in possession of. Some of the articles bought by the shopping bot include a fake Lacoste polo shirt for $34, a Bitcoin miner for $25 and a box of fireworks for $7. As the bot continues to run around the deep web looking for stuff to buy, a few more articles are expected to be delivered to the artists before the exhibition ends.

Starting from Saturday, the articles bought by Random Darknet Shopper are being exhibited at the Horatio Junior Gallery in London. The exhibition will go on till February 15, with articles added to the list as and when they are delivered. Most of the articles are currently sourced from Alpha Bay, a deep web marketplace, while last year the bot crawled through Agora—another deep web market place which is currently shut down.

The Random Darknet Shopper is allowed to spend up to $100 in bitcoins per week, and whenever the bot visits the site, it will make a random purchase and get it shipped to the gallery address where it is added into the list of exhibits. Let us hope that it doesn’t get its creators into trouble again this time by procuring substances that are considered to be illegal in nature.

Tags: bitcoinBitcoin Newsdeep webecstacyexhibitionRandom Darknet Shopper
Tweet123Share196ShareSend
BitStarz Player Lands $2,459,124 Record Win! Could you be next big winner? Win up to $1,000,000 in One Spin at CryptoSlots