A Twisted Proposal by Rekcahxfb, Pops More Than One Question 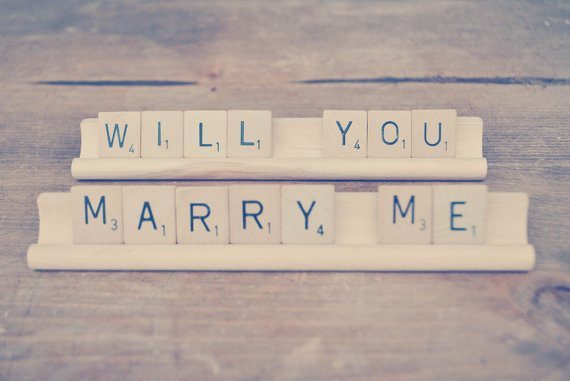 Recently a post on Reddit took the platform by storm. A user, claiming to be friends with Bitfinex hackers posted a Bitcoin giveaway campaign promising to give away 1000 bitcoins to one lucky person. According to a recent report, the giveaway campaign is now claimed to be an elaborate marriage proposal.

While there were plenty of doubts about the actual intentions of the original poster (OP). One of the Reddit users, allegedly close to the OP going by the username “rekcahxfb” (which is backwards for BFX Hacker) has told a reporter that it was his way of asking her to marry him. Published a few days ago by an online tech magazine, the mysterious benefactor of 1000 BTC give away is identified by the username “TheTwistedTwo”.

TheTwistedTwo is said to have claimed that she has known rekcahxfb from before and it was his way of popping the question. A person claiming to be TheTwistedTwo’s publicist has cleared that the whole exercise was not part of a money laundering or some other kind of scam as speculated by many.

The OP, rekcahxfb had asked people to leave their Bitcoin wallet addresses in the comments so that he can choose one and send the reward, equivalent to almost $580,000. He had mentioned that the bitcoins are part of the stash stolen recently from Bitfinex. However, analysis of the digital tokens by Chainalysis has shown that they are older than two years and not connected to the incident as originally claimed by the OP.

According to the blockchain analysis firm, Chainalysis the bitcoins in questions may have originated from Mt Gox. It is not clear whether rekcahxfb had any role in the downfall of the Japanese Bitcoin exchange, but TheTwistedTwo claims that they were acquired legitimately. She is also said to have extended the journalist an invitation to her wedding with rekcahxfb.

The explanation about the whole incident given by TheTwistedTwo has left many questions unanswered. For now, we can only hope to find more answers.

If everything she has said is indeed true, then the whole incident is one costly marriage proposal that popped more than one question.