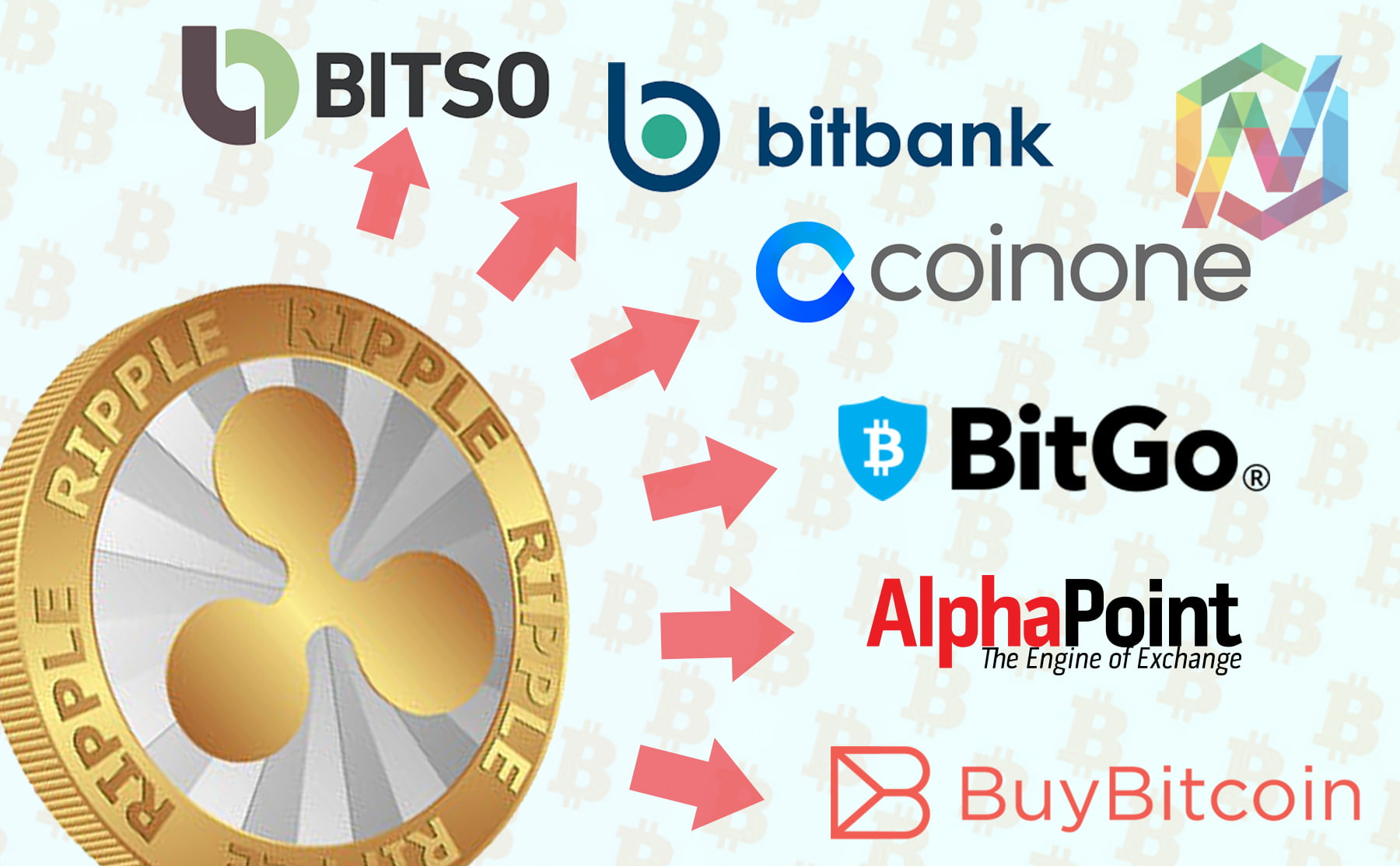 The second largest cryptocurrency in terms of market capitalization, Ripple has further expanded its reach to the cryptocurrency community by listing itself on six new exchange platforms. Ripple (previously Ripple Labs), the company behind XRP tokens, has announced the new development earlier this morning.

The platform’s blog post states that the expansion is part of Ripple’s earlier announced partnership with BitGo, which paved the way for the creation of enterprise-grade wallets with high-end security features. The development of enterprise level wallet solution will also make it more user-friendly for banks and financial institutions who are looking to use the cryptotokens for cross-border transactions.

The added security and existing relationship between few cryptocurrency platforms and BitGo have influenced the likes of Bitso, Coinone, bitbank and SCI’s BuyBitcoin to include support for XRP on their respective platforms. The blog goes on to state that the cryptocurrency will soon be added to AlphaPoint and Quione’s QRYPTO exchanges in the coming days.

Asheesh Birla, the VP or Product at Ripple is quoted saying,

XRP’s listing on new platforms will also extend the cryptocurrency’s already massive user base, which will, in turn, influence the demand and supply dynamics. The upcoming changes in its usage and trading trends are expected to push the XRP’s price further upwards.

There has been a constant stream of announcements about improvements to Ripple platform and other developments, which also goes on to exhibit the platform’s arousal from inertia when it comes to the cryptocurrency side of business. Otherwise, most of its focus has been towards onboarding new banking institutions for implementation of its existing blockchain solution.

Increasing interest in XRP among cryptocurrency community members has already resulted in the displacement of Ethereum from its position as the second largest cryptocurrency. Ripple could continue to hold on to that position for longer than expected.

Tags: blockchain technologyexchangesNewsRipplexrp
Tweet123Share196ShareSend
Win up to $1,000,000 in One Spin at CryptoSlots