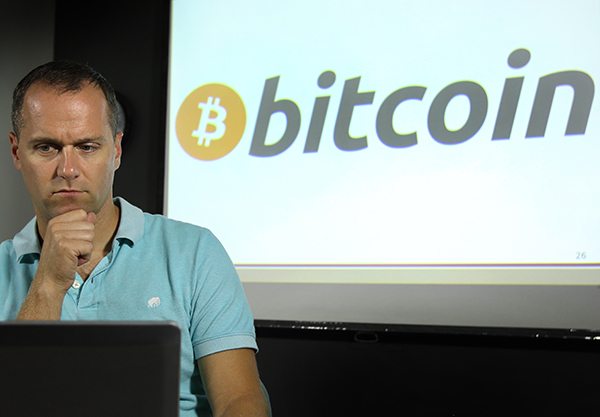 Bitcoin has always been pseudonymous at best. By design, the transparent nature of blockchain enables anyone to access transaction details using block explorers. However, tracking the entire transaction history of any Bitcoin token is a cumbersome task at the moment.

A tool currently under development at the Sandia National Laboratories may make it easier to track Bitcoin transactions. Once completed, the tool is expected to help law enforcement agencies track illegal Bitcoin transactions. “Illegal Bitcoin” may imply multiple things. It can be the digital currency stolen from wallets and exchanges or even the digital currency used to buy illegal substances over the dark net.

However, the rise of blockchain analysis and tracking tools poses a huge risk to the Bitcoin network itself. In the current scenario, the absence of well-defined Bitcoin regulations may hurt the mainstream prospects of the digital currency.

According to Sandia National Laboratories, the tool is being developed for the US Department of Homeland Security’s Science and Technology directorate. They believe that the tool will eventually be used by other federal, state and local law enforcement agencies as well. The project leader, Andrew Cox explains the need for such a tool by saying,

“Bitcoin is a new semi-anonymous currency that holds the potential to change the way all sorts of transactions work in a way that might really benefit the economy. Some of the potential benefits include making monetary transactions much more efficient, and thereby driving down the costs of doing business, making transaction histories more transparent, which could help both financial markets and financial regulation, and — depending on who you ask — reducing the risks associated with inflation and reliance on centralized monetary institutions. All that being said, it has been clear that criminals have been pioneers in using Bitcoin. They use it for drugs, for guns, child pornography, and all sorts of terrible stuff.”

Some believe that the new tool will have a considerable impact on the fungibility of Bitcoin. With the new tracking tool, law enforcement agencies can blacklist certain Bitcoin tokens for being used for illegal activities. This may affect the value of legally obtained Bitcoin if the tool detects them to be used for illegal transactions sometime in the past.

Whether the Bitcoin community is happy about the new development or not, the Department of Homeland Security is satisfied with the progress made by the Sandia National Laboratories so far.

On the brighter side, the introduction of Bitcoin tracker may drastically reduce the frequency of Bitcoin ransomware attacks and other digital currency-related cybercrimes.

Tags: andrew coxbitcoinBitcoin Newsblockchain technologydepartment of homeland securityNewssandia national laboratories
Tweet123Share196ShareSend
Win up to $1,000,000 in One Spin at CryptoSlots