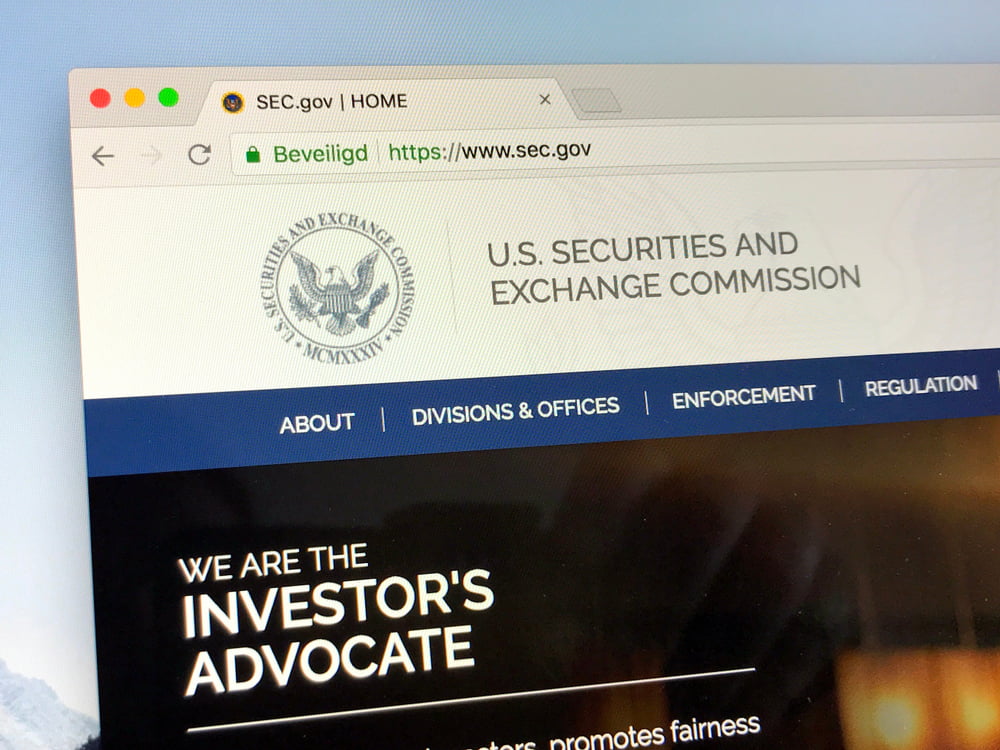 SEC Chairman Affirms Stance that Ethereum (ETH) is Not a Security, Could XRP be Next?

The Securities and Exchange Commission’s (SEC) Chairman reaffirmed his agency’s previous stance that Ethereum (ETH) is not a security product, and as such it falls under different regulatory structure that is far more crypto-friendly. He also added that cryptocurrencies similar to Ethereum are also exempt from being classified as securities – although he didn’t name any specific cryptos.

Although this is certainly positive for Ethereum investors, it doesn’t come as a big surprise, and the cryptocurrency that investors are most interested in hearing what the SEC’s thoughts on is XRP – the cryptocurrency most commonly associated with FinTech company Ripple.

Although many investors and crypto enthusiast see regulatory agencies like the SEC as the “boogeyman” who is out to halt innovation that could pose risks to investors, Clayton explained in a recent response to a letter from Coin Center that he believes the agency has taken a balanced approach towards regulating the nascent markets.

“Overall, I believe we have taken a balanced regulatory approach that fosters responsible innovation in this area, while also protecting investors and the markets,” Chairman Clayton explained while referencing the application of federal securities laws to digital assets.

Importantly, along with affirming his agency’s previous decisions regarding the classification of cryptocurrencies like Bitcoin and Ethereum as non-securities products, Clayton also explained that they will continue to use the “Howey test” along with other tests developed through case law to determine the regulatory status of assets.

“Generally, we look at whether the digital asset fits the definition of a security as set forth in the federal securities laws… We also apply tests developed through case law, including the well-established ‘investment contract’ test articulated by the Supreme Court in SEC v. Howey and its progeny,” he noted.

Could XRP be a Securities Product?

It has long been speculated that XRP could be a securities product under the regulatory frameworks set forth by the SEC – and the cryptocurrency’s close relationship to FinTech company Ripple hasn’t helped its case.

Despite this, the crypto community was surprised to find that the crypto was recently listed on cryptocurrency exchange Coinbase, which led some investors to believe that the exchange determined – through a thorough due diligence process – that the digital asset is not, in fact, a securities product.

Although Clayton did not go as far to mention any cryptos by name in his letter, and those affiliated with the SEC have largely held their tongues when it comes to XRP, he did explain that some products that could initially be designated as securities products may ultimately grow out of that definition.

It is unclear whether or not XRP may be one of these types of assets, but either way the crypto community will likely be pleased to hear that the powerful agency is moving slow and deliberately when it comes to regulating individual digital assets.

Read our comparison of 50 different crypto casinos. Find out who has most generous bonuses, best UX, knowledgeable customer support and best provably fair games.
Tags: ethereumRipplexrp
Tweet123Share235ShareSend
Win up to $1,000,000 in One Spin at CryptoSlots