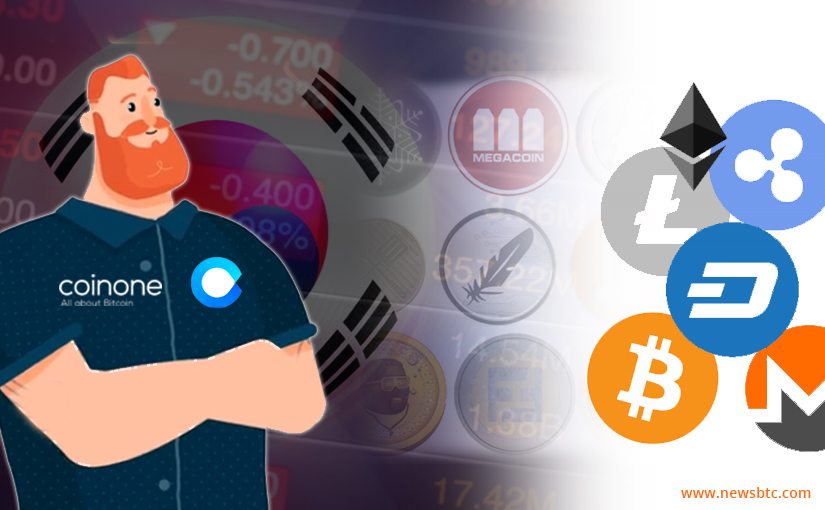 Bitcoin and other cryptocurrencies have grown beyond proportions in South Korea. The region has grown very accustomed to Bitcoin these days. Most of the exchanges in the region are witnessing tremendous trading volumes. Coinone, one of the main exchanges in the country, plans to launch a physical cryptocurrency exchange.This new venture will provide ATM services and support for six different currencies. This brick-and-mortar venture is known as Coinone Blocks.

Physical cryptocurrency exchanges are still a rarity these days. Most people think of exchanges as an online service.However, Coinone shown things can be done in a different manner as well. It is good to see such efforts take place in South Korea these days. This new service is known as Coinone Blocks, which is labeled as a “blockchain 4D Zone”. A rather peculiar name most people would not necessarily associate with cryptocurrency trading. Then again, it makes the concept of Bitcoin and altcoins more appealing to the everyday masses.

Coinone Blocks is a different kind of Bitcoin Exchange

Speaking of which, Coinone Blocks will support six different cryptocurrencies from day one. Bitcoin is on the list, of course, as it wouldn’t make sense to do things otherwise. There is also support for Ethereum and Bitcoin Cash, in addition to three other unspecified currencies at this time. The brick-and-mortar location serves as a physical version of a regular online exchange but with some added services. In-person consultation, for example, will be one of the main selling points for this venture. Bithumb, another South Korean exchange, recently launched a consultation service as well.

What is rather intriguing is how the location will also sell USB hardware wallets. Most novice cryptocurrency users don’t take wallet security all too serious. Instead, they will leave funds in an exchange wallet, which they don’t fully control. A hardware wallet makes a lot more sense in this regard, but it’s not as convenient. Then again, the added security provided by a USB wallet should not be overlooked whatsoever. It is good to see Coinone pay extra attention to this aspect as well.

It will be interesting to see how the Coinone Blocks consultancy service evolves. Helping customers with questions and issues regarding cryptocurrencies will be a challenge. It still remains a rather complicated concept to wrap your head around, that much is evident. A customer-oriented service in South Korea can certainly elevate things to a whole new level. Coinone is setting a precedent in this regard that may change the cryptocurrency sector for good.